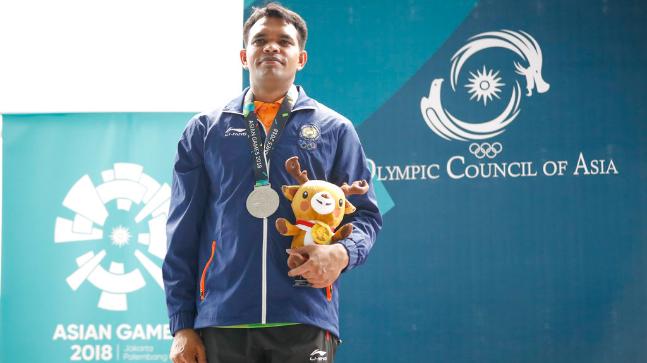 Deepak Kumar treated himself with a bronze medal on his birthday, in the men’s 10m air rifle category of the 14th Asian Championship. The shooter also confirmed India’s 10th Olympic quota in shooting. He shot 227.8 in the final finishing third on the podium and turned 32 on Tuesday,

The rifleman, reached the final at the Lusail Shooting Complex in Doha after registering an aggregate score of 626.8. He then started the game with nine straight scores of 10 and bagged the bronze medal as India clinched another Olympic quota.

Deepak started the day as the most experienced among the other Indian shooters as  Kiran Ankush Jadhav and Yash Vardhan, finished 14th and 30th respectively.

However, India arrived at the tournament securing nine Tokyo Olympics quotas in rifle and pistol events while China leading the charts with 25 quotas and Korea and host Japan booked 12 slots each.

There are 38 quotas to offer, and India is fielding a 41-member team across the 15 Olympic events. This is the last chance for shooters to qualify for the Tokyo 2020 Olympics next summer.