Danish represented the Pakistani national side at Test and ODI’s between 2000 and 2010. He became only the second Hindu cricketer to play for Pakistan. 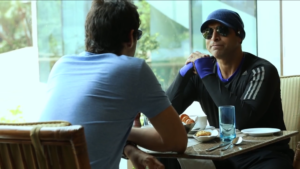 “In my career I fought with two three (in the team) when they started talking on regionalism. Things like ‘who is from Karachi, Punjab or Peshawar’, that used to infuriate. So what if someone is a Hindu, he is doing well for the team,” Shoaib Akhtar said on a sports talk show “Game on Hai”.

VIDEO: Shoaib Akhtar makes a sensational revelation. He says Pakistan players refused to eat food with Danish Kaneria because he was a Hindu. He was never given any credit for his performances and was constantly humiliated because of his religion. pic.twitter.com/zinGtzcvym

“They used to say ‘sir ye yaaha se khaana kaise le raha hain’(how is he taking food from this place)?” said Akhtar, who was popularly known as the Rawalpindi Express.

“The same Hindu won the Test for us against England. If he is taking a bagful of wickets for Pakistan, he should play. We could not have won the series without Kaneria’s effort. But not many gave him credit for that,” said Akhtar.

Kaneria then revealed to ANI stating that whatever Akhtar said on the show was true.

Pak cricketer Danish Kaneria to ANI on Shoaib Akhtar's allegations that Pak players had problems eating with Kaneria as he's a Hindu:He told the truth. I'll reveal names of players who didn't like to talk to me as I was a Hindu. Didn't have courage to speak on it, but now I will. pic.twitter.com/HmeSUhtbUk

Whatever @shoaib100mph said in his interview is true. But at the same time, i am thankful to all great players who supported me wholeheartedly as a cricketer. I personally request all not to politicise the issue. Here is my statement: pic.twitter.com/8vN3Kilm4W

Kaneria was also involved in a match-fixing scandal in English county cricket while playing for the Westfield side and was handed a four-month prison sentence. The English Cricket Board banned him for five years.