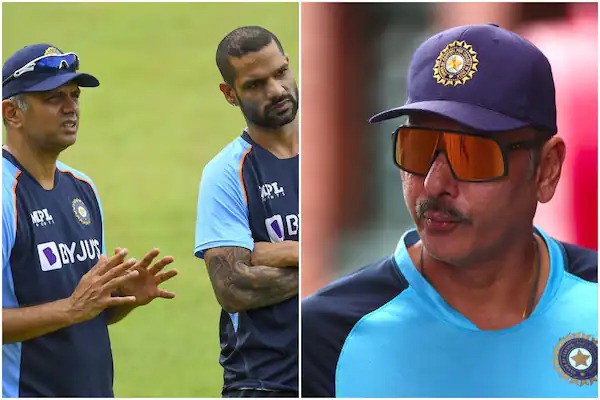 The white ball series between India and Sri Lanka will kick off from Sunday, 18 July. For this series, Shikhar Dhawan was appointed as a stand-in captain and Rahul Dravid was given the duty of Head coach. This is because Indian test team is on a tour to England for a five-match test series. Hence, some senior players like Virat Kohli, Rohit Sharma and Head coach Ravi Shastri will miss the white ball series in order to gear up for the test series. 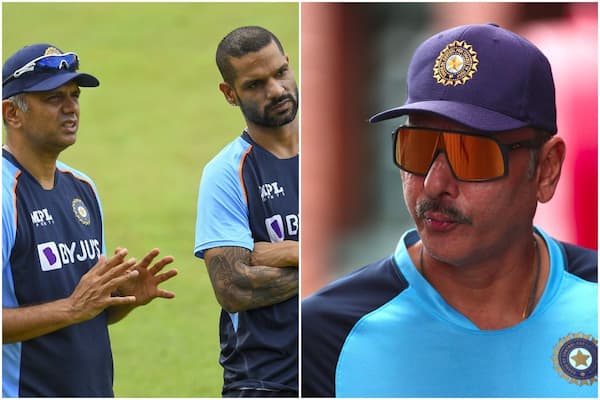 Recently, India’s stand-in skipper Shikhar Dhawan gave his opinion on the coaching techniques of Rahul Dravid and Ravi Shastri. According to him, Dravid is a calm and composed guy. On the other hand, Shastri is a bit on the aggressive side.

While accepting that he has enjoyed playing under both, he mentioned that both have their own set of skills to motivate the players.

“They (Dravid and Shastri) both have their own qualities and they both are very positive people. I have spent time with Ravi Bhai (Ravi Shastri) and their ways to motivate are different,” Dhawan was quoted as saying during a press conference on Saturday.

“Ravi Bhai’s energy is a bit strong. Whereas Rahul Bhai (Rahul Dravid) is very calm, composed, and strong as well. So everyone has their own way and I enjoy playing under both of them,” he stated.

I have a good relation with Rahul Bhai : Shikhar Dhawan The Southpaw went down memory lane recalling the time when he got a chance to play with ‘The Wall’ of Indian cricket in the Ranji Trophy. Dhawan said he shares a cordial relationship with Rahul Dravid since then.

“I have a good relation with Rahul Bhai. When I started playing Ranji Trophy, I played against him, and I have known him since then. When I went to play India A match, I was the Captain, and he was the coach, so there was interaction,” Dhawan had said.

Dravid has been a trailblazer for Indian cricket when it comes to coaching. India won the Under-19 World Cup in 2018 under him. Also, he is responsible for grooming a lot of young talents like Rishabh Pant, Shubhman Gill, and many others. It will be interesting how he will fare in his first stint as a head coach for team India.