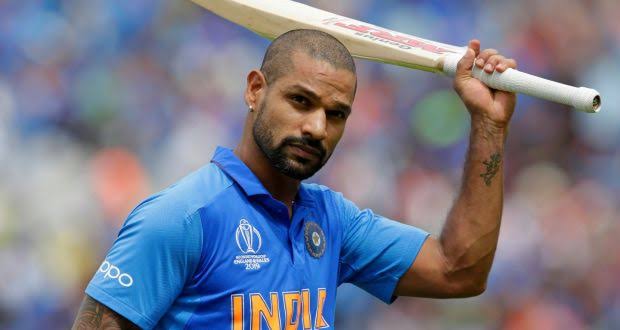 Shikhar Dhawan is a player who cannot be ignored under any circumstances. After scoring a majestic 187 off 174 balls on his test debut in 2013, he has been one of the most prolific scorers and important members of Indian National Team on all formats of the game. But he is particularly dangerous in the One Day Internationals where he has scored 5480 runs with a batting average of 44.90, scoring 17 centuries in the process. Dhawan has been sometimes criticized for a lack of consistency but his brilliance in ODI cricket has been noted by everything, including Cricket Australia, who positioned him as an opener in a dream One Day International team of the soon-to-be-concluding decade. 2019 has unfortunately been an year full of injury for him.

2019 hasn’t been so kind to ‘Gabbar’. A brilliant start into the 2019 Cricket World Cup campaign was marred by a thumb injury; young Rishabh Pant had to be brought as a replacement. 2019 has burdened him with a fractured finger, swollen neck, bruised eye and a gashed knee. He couldn’t play international cricket at a level he would expect.

‘Gabbar’ is back from injury and the captain of Delhi against Hyderabad in the Ranji Trophy. He is back from an injury sustained during the Syed Mushtaq Ali Trophy, an injury which required numerous stitches. The opening spot of the Indian National Team is now a bit crowded, with KL Rahul being in pristine form in Test Cricket and consistent in One Day Internationals.

Dhawan knows it is a fresh start and he is ready for the challenge. “This is a fresh start for me. I was hit on the finger, then on the neck, bruised eye and then stitches on the knee. Good news is New Year is coming. I am happy that KL has done so well. He has grabbed the opportunity. So I am going to go and express myself.”

The T20 series against Sri Lanka will be an acid test for him. Rohit Sharma is rested for the series, and now he is sure in his journey back to the Indian National Team. This is an important season. “I would like to perform well in the T20s against Sri Lanka but the selection is support staff’s headache. They will do their job and I will do mine. Looking forward to scoring big runs.”

While he communicated the challenges about his spot in the National team, he remembered to wish Merry Christmas to the reporters and his legions of fans.