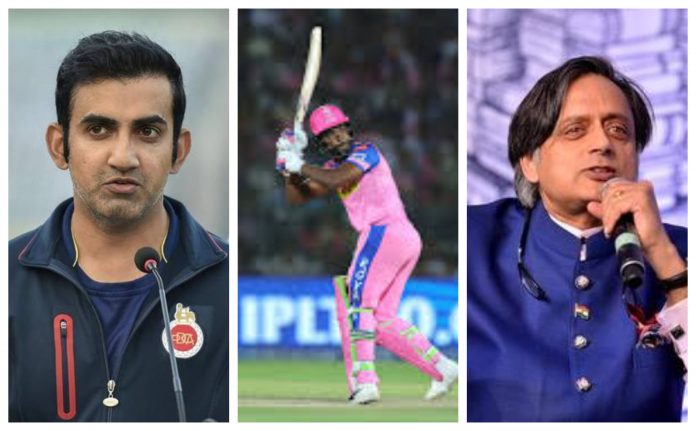 India player Sanju Samson once again showed his class with the bat during their game against Kings XI Punjab (KXIP). The youngster smashed a blitzy 85 from 42 balls that helped Rajasthan Royals (RR) register a scintillating victory while chasing a massive total of 224. Notably, this was the highest-ever successful run-chase in the history of Indian Premier League (IPL). 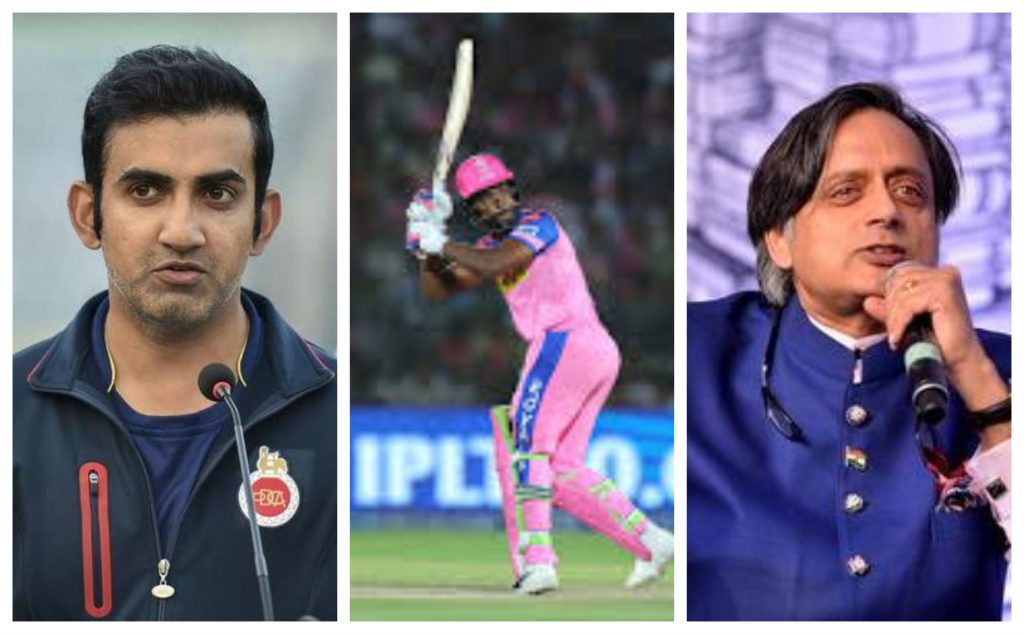 Meanwhile, the Congress MP Shashi Tharoor, who has always been a supporter of the Kerala youngster, took to Twitter and applauded his swashbuckling knock.

He wrote, “What an absolutely incredible win for @rajasthanroyals ! I’ve known @iamSanjuSamson for a decade & told him when he was 14 that he would one day be the next MS Dhoni. Well, that day is here. After his two amazing innings in this IPL you know a world class player has arrived.”

Sanju Samson doesn’t need to be next anyone. He will be ‘the’ Sanju Samson of Indian Cricket. https://t.co/xUBmQILBXv

However, former India opener Gautam Gambhir didn’t like the comparison with the former India captain MS Dhoni. He also took to Twitter and he replied, “Sanju Samson doesn’t need to be next anyone. He will be ‘the’ Sanju Samson of Indian Cricket.”

As far as the tournament is concerned, Sanju Samson continued his majestic form in the cash-rich T20 league and has smashed two consecutive half-centuries in two games so far in this edition of IPL. He now has 159 runs from 2 matches in his name which also included a 74 against Chennai Super Kings (CSK) as well. His quickfire 32-ball 74 comprised of a boundary and 9 maximums as well.

Earlier in the game, while chasing a huge total of 224 runs for a win, the Rajasthan Royals required 51 runs from the last three overs and the chase looked difficult to chase. However, it was Rahul Tewatia who smashed five sixes in the 18th over off Sheldon Cottrell and sealed the deal with three balls to spare.

Rajasthan Royals will take on Kolkata Knight Riders in their next game on September 30. Indian Premier League was earlier slated to take place in March but owing to global pandemic novel COVID-19 it couldn’t be hosted.

Later, with the postponement of ICC T20 World Cup, BCCI decided to host the 2020 edition of Indian Premier League in Dubai, keeping the rise of positive cases in India in mind.