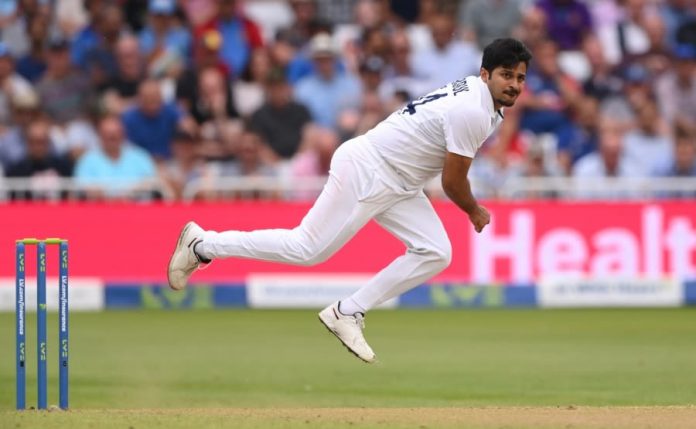 Just before the commencement of the second Test at Lord’s, India received a major setback as fast bowler Shardul Thakur will probably miss the upcoming test due to an injury. The Mumbaikar has sustained a hamstring injury and is likely to miss the second Test of the series, starting Thursday. 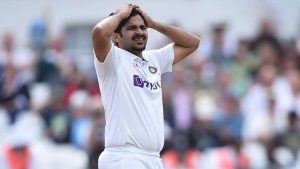 Shardul made a crucial contribution in the first test of the series at Nottingham. He took 4 wickets in total. His scalps included key wickets of Joe Root, Jos Buttler, Dan Lawrence, and Robinson. Though he couldn’t contribute anything with the bat, he is by far India’s best fast-bowling all-rounder at the moment.

Shardul’s gentle outswing and one oddball keeping straight were constantly troubling the batsmen. India will miss his services at Lord’s because from the first look at the pitch, it seems to be a bowler’s paradise. English journalist Elizabeth Ammon describes the pitch as “22 yards of grass”.

Thakur’s injury adds to India’s growing list of injuries. Players including Shubman Gill, Washington Sundar, and Avesh Khan have already been ruled out. Mayank Agarwal was hit in the helmet before the first test. The replacement players Suryakumar Yadav and Prithvi Shaw are still in quarantine. 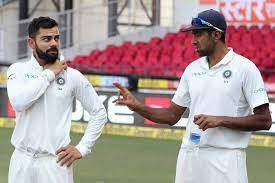 Virat Kohli and the management were criticized for not selecting their ace spinner R Ashwin for the first test. The veteran spinner recently took a six-wicket haul in a county game. Plus, he is in tremendous form in test cricket since the Australian tour.

But their decision of playing four pacers and lone spinner in the form of Jadeja worked well. Jadeja scored a crucial fifty while batting. Clearly, Jadeja is the better batter compared to Ashwin. On the other hand, the fast bowlers displayed an outstanding display as they took all 20 wickets of the Englishmen.

However, with the injury to Shardul, Kohli has to think about his replacement. He can either go for another pace option in the form of Ishant or Umesh. Or else he can pick Ravi Ashwin. But he has to keep in mind the pitch and weather conditions.