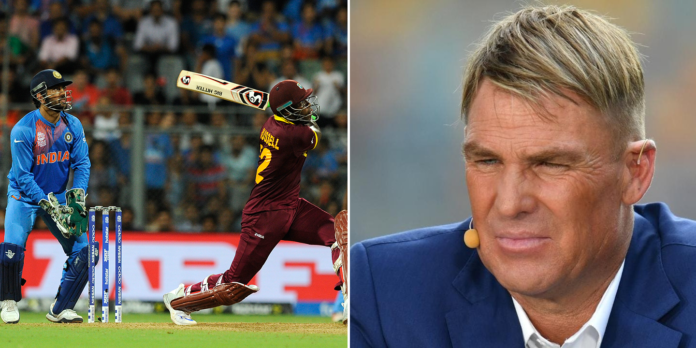 Former spin legend Shane Warne has shared a suggestion on how to improve the shortest format of the game. The T20 format is considered as batsman’s game and the former leg-spinner’s idea will help a better contest between bat and ball as well.

“What about four bowlers bowl five overs? I just think it’ll make for a better contest between bat and ball. You want your best bowlers bowling as much as you can as T20 is so much in the batsmen’s favour,” Shane Warne said on Sky Sports Cricket. “When you get a couple of gun bowlers like this [Archer and Wood] you want to give them another over up front.”

According to the rules, a bowler is allowed to bowl only four overs in T20 cricket, although there is no restriction on the number of bowlers during an inning. The former spinner further added that an extra over per bowler would be helpful for the players to do well between bat and ball even.

“Wouldn’t it be nice to give them five? You can obviously have eight bowlers bowl whatever but I would like to see bowlers be able to bowl five. [Adil] Rashid could bowl five overs in the middle which would be a real good battle for the batsmen against spin, while you can bowl your quicks at the beginning and at the end,” Shane Warne said.

“I reckon it gets rid of the bits-and-pieces and you can pick your best batsmen and best bowlers when selecting your team,” he concluded.

On the other hand, the global pandemic novel coronavirus had brought the entire world into a standstill earlier which also postponed all the sporting events across the globe since mid-March.

However, the situation is slowly getting back in the zone. With the cancellation of ICC Men’s T20 World Cup, The BCCI has decided to host the 13th edition of Indian Premier League is all set to take place in the UAE across three venues, keeping the rise of COVID-19 cases in mind. Click here to bet on cricket events.

The 53-day tournament will conclude on November 10.

Kuldeep Yadav names former spinner he follows to improve himself

Wriddhiman Saha sits out Day 5 due to a stiff neck