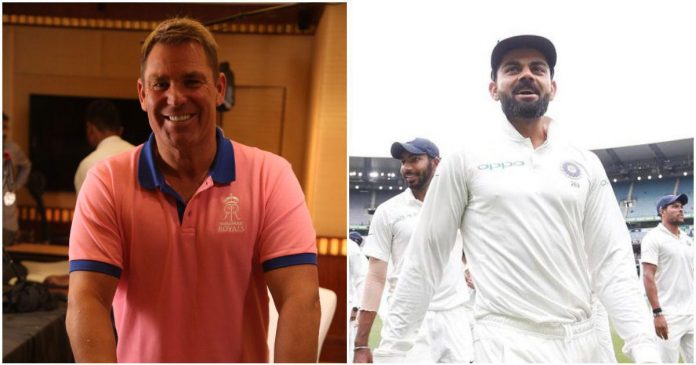 India clinched a historic win against England at the Oval in the fourth Test of the series. With this win, India cannot lose the series now as they lead by 2-1 with one match still to be played. Experts around the globe are commending the captaincy of Indian Skipper Virat Kohli for the win. Legendary spinner Shane Warne even says that Virat has gained his teammates respect with his leadership. 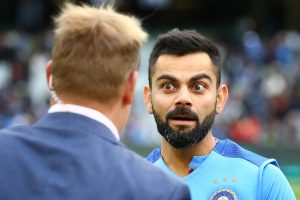 The Indian team were written off by some experts after the team collapsed to 191 on the first day of the test match. England even took a healthy lead of 99 runs which pushed India onto the backfoot.

However, the Indian team made a strong comeback in the second innings. With useful contributions from Rahul, Pujara, Kohli, Pant, Shardul and with the help of a magnificent century from Rohit, India posted a massive total of 466. This was India’s first 400 plus total since November 2019.

Hence, the three lions had a mammoth chase of 368 runs in front of them. The pitch had little to no assistance on days 4 and 5. Yet, Indian bowlers used reverse swing and Jadeja exploited the rough patches around left-handed batsmen to dismiss England and claim victory by 157 runs.

Shane Warne lavished praise for Kohli and his captaincy. While speaking on Sky Sports, Warne said that Virat has got the respect of all players. Hence the team plays for him.

“They look up to him. He’s got the respect of all the players. They back him and they play for him. It’s important for a captain that a team plays for you. I think the way Virat conducts himself, we’ve all got to say, ‘Thank You Virat’,” Warne said on Sky Sports. 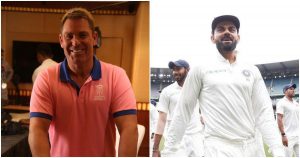 The legendary spinner went on to say that Kohli has instilled belief in the teammates which is necessary to have in a good side. He also claims that test cricket will remain alive till the time we’ve Virat Kohli.

“The way he’s led them, he’s made them believe; belief is such an important part of sports. If you don’t believe, you won’t succeed no matter how good a side you have. Kohli gives his team the belief and it’s great to watch. Long live Test cricket while we’ve Virat Kohli. Please keep playing for a long long time,” he added.

Now India and England will face off in Manchester for the fifth and final test on 10 September. The Indian team will be without their Head coach Ravi Shastri and bowling coach Bharat Arun as they contracted the coronavirus.