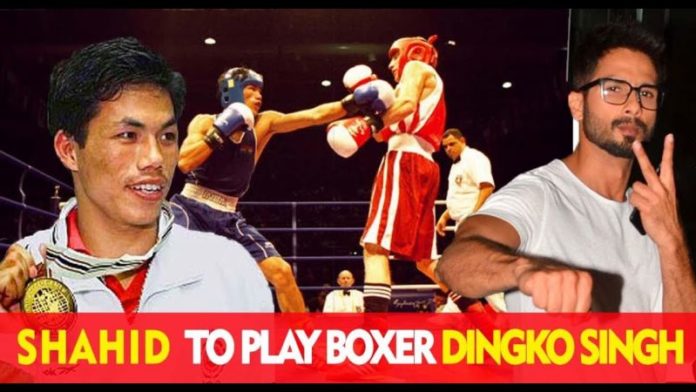 Bollywood superstar Shahid Kapoor, who is fresh off his highly successful movie till date Padmavat, is all set to enter the world of biopics by essaying the role of gold medal winner Ngangom Dingko Singh.

The film will be directed by Raja Krishna Menon who has earlier directed Airlift and Chef. It is expected to hit the cinemas around April of 2019. 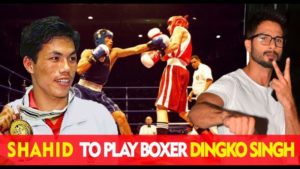 In recent times, Biopic made on Sports personalities has been a hit amongst film fans with the recent success of Mary Kom played by Priyanka Chopra and most successful Boxoffice film till date Dangal, based on the legendary Phogat sisters played by Amir Khan.

Shahid Kapoor said, “The thing which I liked the most about this story is that they are superstar about whom we do not know much. If there was no film like ‘Dangal (2016)’ then we have never known about Pogat sisters, Dingko is a cancer survivor, and he had undergone chemotherapy 13 times. Dingko has said many times that his biggest win in life was not winning gold, but Dinko Singh won gold at the Bangkok Asian Games in 1998 at the age of 19.”

Ngangom Dingko Singh from Manipur was the first and only Asian gold medallist boxer from India in the Bantamweight category. He also received the Padma Shri in 2013.

“At some point in his past, he had almost become a Naxalite. His life story is unbelievably crazy; it is very human and extremely inspiring. Such amazing stories of heroes need to be told,” Shahid told Bombay Times.