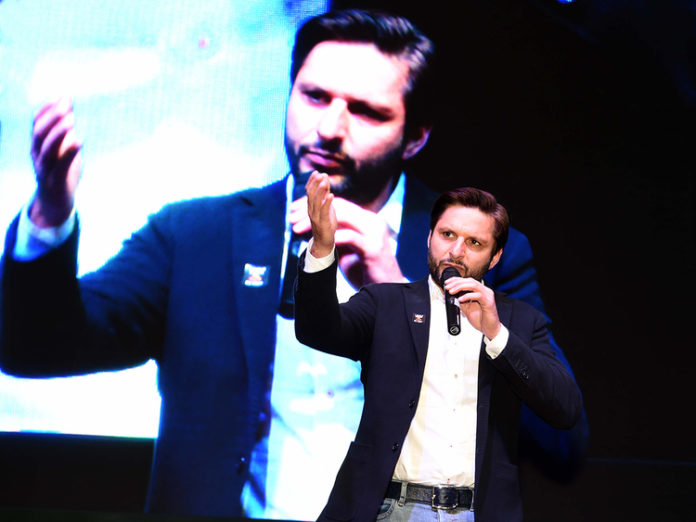 Shahid Afridi and controversy go hand in hand, the fans all over the world have had love-hate relationship with former Pakistani Captain Shahid Afridi. An old video of Shahid Afridi has surfaced on the internet and has taken a big toll on the player.

In the video he is seen to say that he got angry after his daughter intimated Hindu arti ritual and then he went on to break the television. 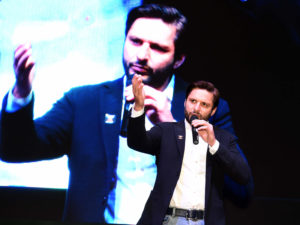 “There were a lot of Star Plus dramas back then that were very popular. I used to stop my wife from watching them, but she didn’t use to watch the shows too much anyway. So I told her to watch them alone, without letting the kids watch them,” the 44 year old told the anchor.

“So one day I came back to my home- came out of my room, and it was maybe Ansha or Aqsa(one of his daughters) was in front TV while a show on Star Plus was on, and you know what happens in the Indian dramas, with a thali they do this thing, what do you call them? [he did the arti gesture]” he added, to which the anchor replied ‘arti.’

At this point, Afridi was mocking how actresses in the Indian soaps would perform the artis. He continued: “Don’t know whatever it is, she was doing this while standing in front of the TV. So I just looked, and don’t know what happened to me, I did this[showing his elbow] and smashed the TV into the wall.”

This video has come at a time when the the relationship between the two countries are indifferent on the basis of religion and has also come on a time when former pacer Shoaib Akhtar has also claimed that former Pakistani spinner Danish Kaneria was abused by the fellow players which had caused a widespread discomfort in the country.

The Pacer also said that a player should always get a chance according to his merit, if he is taking bagful of wickets he should be allowed to play for the country.

Kaneria who played 61 test matches for Pakistan took 261 wickets for the team at an average of 34.79

“In my career I fought with two three (in the team) when they started talking on regionalism. Things like ‘who is from Karachi, Punjab or Peshawar’, that used to infuriate. So what if someone is a Hindu, he is doing well for the team.” The 44 year old pacer from Rawalpindi said on TV.

Supporting Akhtar’s claim the former spinner Danish Kaneria said that he would take the names of the people who are responsible for the event and also said that he was very honoured to have played for Pakistan .