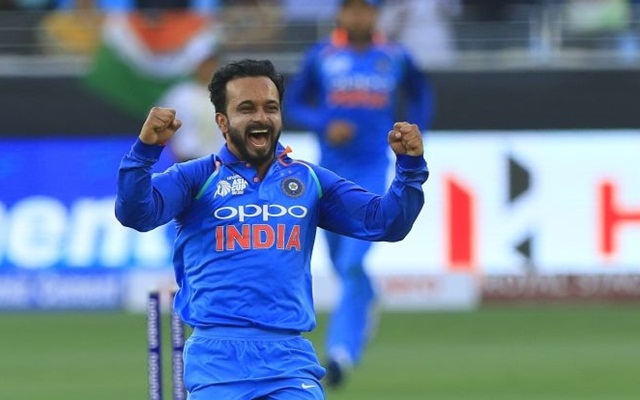 Middle-order batsman Kedar Jhadav has been recalled into the squad for the fourth and fifth One-Day Internationals (ODIs) against West Indies. Jhadav was not named in the 15-member ODI squad that was announced on Thursday (October 25). “I need to see why they didn’t pick me. I have cleared all tests and that’s why I played the match today,” said a surprised Jadhav, who was playing for Dinesh Karthik-led India A side in the Deodhar Trophy at that time.

Whilst India A lost the game, the 33-year-old showed good form with the bat as he scored a fiery 25-ball 41. Amitabh Choudhary, BCCI’s acting secretary said, “After Jadhav has demonstrated his fitness, he’s been included in the team for the 4th and 5th ODIs.”

“He is coming back from an injury which is why we asked him to play in the Duleep Trophy. We expected their team to go on to play the final which is why he’s not a part of the third ODI but is part of the fourth and fifth ODIs,” said MSK Prasad, India’s chief selector.

Jadhav, who picked up a hamstring injury in the final of the Asia Cup in UAE, was left out of the Indian squad for the first two ODIs. He was fast-tracked into the India A team for the Deodhar Trophy.