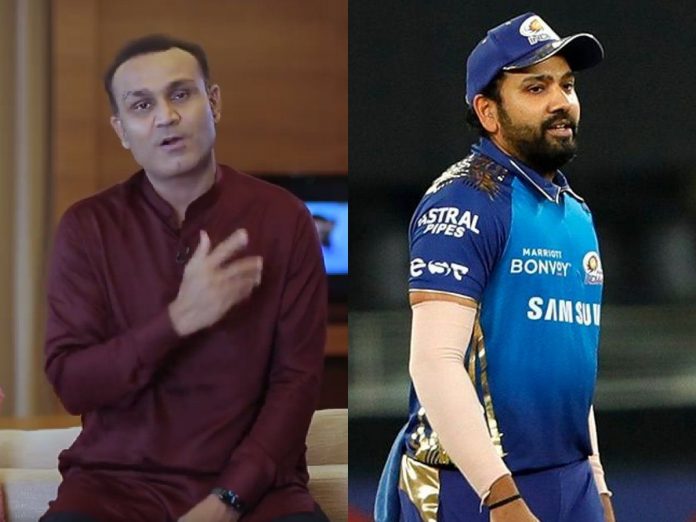 The controversy over Rohit Sharma not getting selected for the Australia tour saw a new twist on Tuesday when the right-handed batsman stepped out to play for Mumbai Indians against Sunrisers Hyderabad in the Indian Premier League. Rohit was kept out of the three India squads because he was believed to injured, but the batsman at the toss said that he is ‘fit’.

Speaking on the situation, India head coach Ravi Shastri, earlier this week, had told Times Now that he is not a part of the selection committee and hence it was not his call. But former India opener Virender Sehwag has raised questions over Shastri’s remarks.

Sehwag’s take on the whole scenario regarding Rohit Sharma

“I don’t think that it is possible that Ravi Shastri did not know about Rohit Sharma’s situation,” Sehwag said on Cricbuzz. “Even if he is not a part of the selection committee, the selectors must have spoken to him a day or two days ago regarding what is he thinking, and taken his feedback and inputs.” 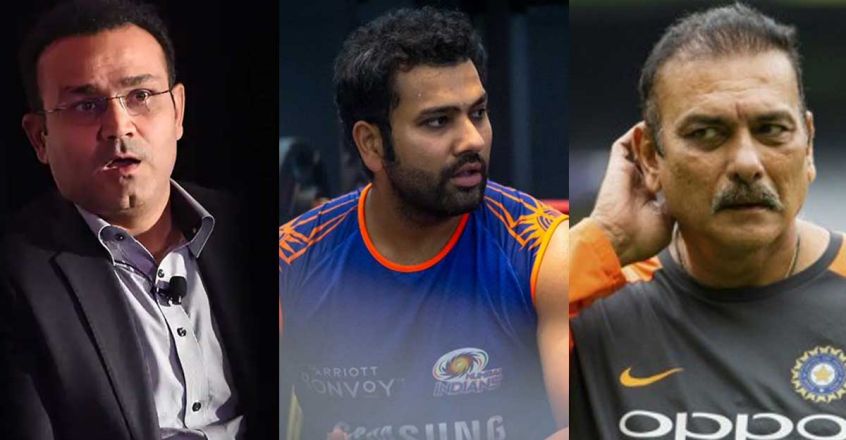 “I do not agree with this statement of Ravi Shastri that he is not a part of the selection committee. Even if it is not official, the coach and captain must have spoken unofficially to the selectors regarding who should be in the team for the Australia tour,” he further said.

Sehwag further said that the BCCI and selectors mismanaged the Rohit situation and if they thought he was not fit, the board could have still kept him in the squad and called in a replacement with time if needed.

“This feels very bad if this is mismanagement. Rohit Sharma and the Indian team have crores of fans and they all were thinking that why Rohit was dropped? Has he suffered such a serious injury that he will not be able to play for 2-3 more months?” Sehwag added.

“I am quite disappointed with the BCCI and the selector’s points of view. They could have kept him in the team – and could have added an extra replacement in his place.”

Wear helmet at the pitch also: Sachin Tendulkar pushes for mandatory use of helmet while batting