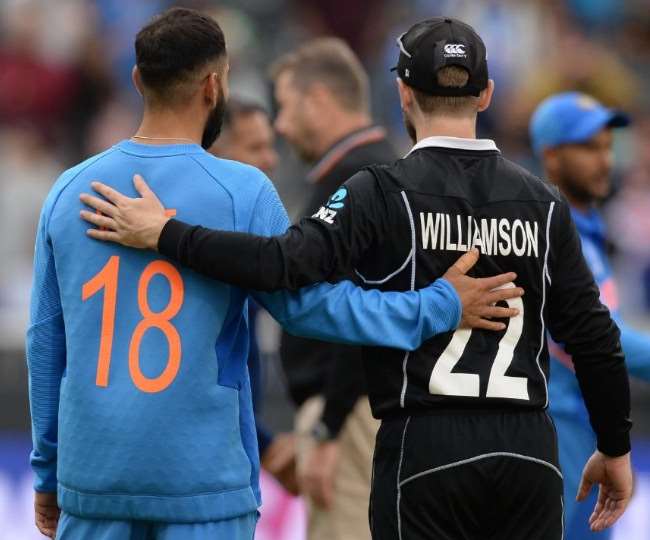 Following the thrilling victory over New Zealand in the 3rd T20I at Hamilton, India skipper Virat Kohli claimed that the hosts deserved the victory and that one stage he thought that the match was over. Kane Williamson, the Kiwi captain was caught behind on 95 in the penultimate over as New Zealand cracked under pressure since his dismissal. With 9 runs to chase from 6 deliveries, Mohammed Shami conceded a maximum in the first ball but forced the game into a Super Over with his top-notch death bowling.

“I thought we were gone at one stage!” Kohli said during the post-match presentation. “I told our coach that they deserved to win. The way Kane was batting, on 95. Feel bad for him, I know what it’s like to play those knocks when things don’t go your way.”

After being asked to bat first, India put up 179/5 on the board and the Kiwis were cruising at a point with skipper Williamson leading from the front scoring 95 from 48 deliveries. The match was seemingly over when the hosts required nine runs in the last over of their innings with Williamson and Ross Taylor in the crease. Taylor started the over in style with a six, but Shami saved his best for the last, dismissing both the batsmen while conceding just two runs, all within the remaining 5 balls.

“Last ball we had a discussion, we had to hit the stumps because if you don’t, it’s a single anyway.” said Kohli.

The match went to Super Over and Williamson along with Martin Guptill put up a decent 17 runs. Meanwhile, Tim Southee kept things under control as KL Rahul and Rohit Sharma managed to score 8 runs from the first four deliveries. However, Sharma smacked two sixes off the final two balls and India secured their first ever T20I series in New Zealand.

“Rohit was outstanding, both in our innings, and the last two balls as well. We knew if he got one hit, the bowler was under pressure immediately,” he added.

The fourth game of the five-match T20I series will be played in Wellington on Friday 31st January.

The Brighter Gem? : Is Rohit Sharma a better batsman than Virat Kohli?