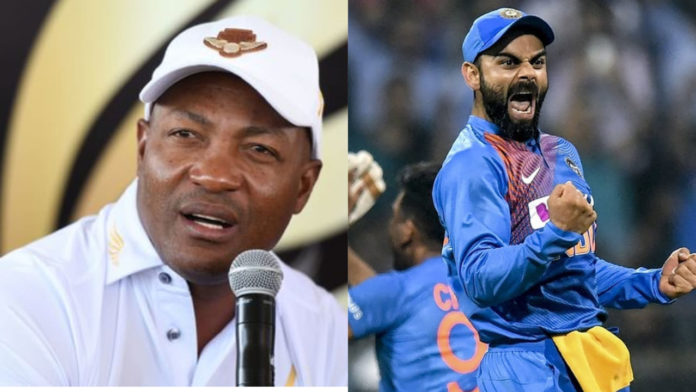 Former West Indies Captain and the greatest batsman of all times Brian Charles Lara has called the Indian Captain Virat Kohli the equivalent of football star Cristiano Ronaldo. He was in awe and praised the Indian captain for his fitness standards and the way he managed himself on and off the field. Lara also went on to say that the Indian Captain will set his own records and will be one of the greatest cricketers by the time the he retires.

He also praised the Indian opener KL Rahul and called him someone who is very close to the Indian captain and told that he will be a force to reckon with in the near future. The Indian opener has showed signs of great composure and temperament as his record in T20 cricket has been good and his record seems to be taking everybody in awe. 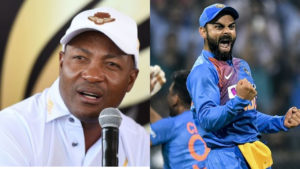 He also went onto say that the Indian Captain can fit into any invincible team due to his performance and the way he has played in the near future and the fitness levels the Indian captain has.

He also went onto say that he can fit into can fit into the best teams of any era — be it Clive Lloyd’s ‘Unbeatables’ of the 1970s or Bradman’s ‘Invincibles’ of 1948.

“His batting skills are unbelievable. He is a guy you cannot leave out in any era. If a guy is averaging 50 plus in all versions of the game, then that is something which is unheard of,” the legend said.

Another player who Lara praised was Stokes who is a left handed batsman just like the Caribbean legend, he praised him for his stellar performance in the World Cup and Ashes where he starred with both bat and the bowl and played crucial roles whenever his team needed him. He played well in crunch situation be it the Finals at Lords or the partnership with Jake Leach to win the Ashes test at Headingley.