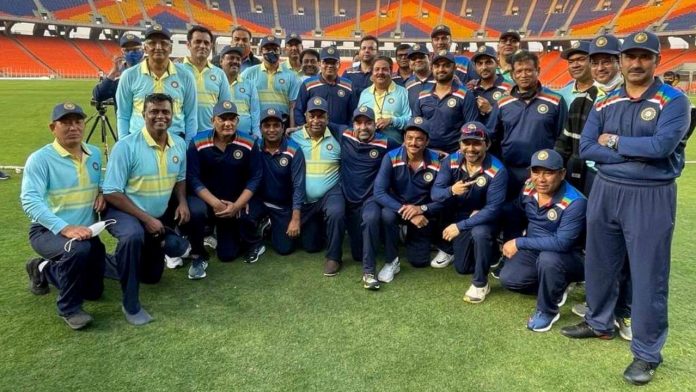 The form is temporary, class is permanent. And that is precisely what Sourav Ganguly demonstrated en route to a well-deserved fifty albeit in a losing cause.

On the eve of the 89th Annual General Meeting (AGM), it was a good day at the office for the Board of Control for Cricket in India (BCCI) officials as they were involved in a friendly practice game at the newly-built Motera Stadium in Ahmedabad.

And while on paper, the game seemed tilted in the favour of Sourav Ganguly led President’s XI, on the field it was Jay Shah’s Secretary XI who stole the show. 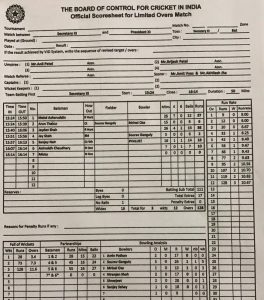 The game commenced with Shah winning the toss and electing to bat first. Secretary XI managed to put up a decent total of 128/3 on the board in the allotted 12 overs.

With Jay Shah himself scoring a quickfire 26 ball 38 and Azharuddin displaying his still very potent talents in a 37 run cameo, the first inning turned out to be an entertaining affair.

Chasing the target, Sourav Ganguly led from the front with an unbeaten 53, but with no other significant contributions, his team failed to chase down the total and fell short by 28 runs.

Secretary Jay Shah was the star of the show with the ball for his team as he finished with figures of 2/39. He could have had a third, but Ganguly’s catch was dropped off his bowling.

The Olympic dream, the IPL dilemma-

High on the agenda for the AGM meeting was the proposal for the inclusion of cricket at the 2028 Los Angeles Olympics and while the BCCI has been traditionally opposed to it, with Sourav Ganguly himself at the helm of affairs, chances for cricket becoming an Olympic sport are pretty high.

Also high on the list of agendas is the inclusion of two new teams in IPL and while Ahembadad seems certain to be one of those two teams, the race for the second franchise is on with Lucknow and Pune being the frontrunners.

Certain other discussions pertaining to the election of some posts in the office, roles of Ombudsman and Ethics Officer, BCCI’s representative to the ICC, venues for 2021 T20 world cup are also to be a part of the discussion.