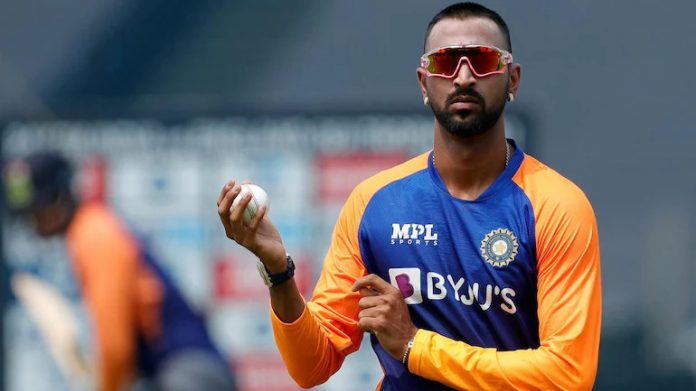 The second T20I clash between India and Sri Lanka has been postponed as Indian all-rounder Krunal Pandya Tested positive for COVID. The second match was supposed to take place at Colombo’s Premadasa Stadium tonight. Hence, the match will take place on Wednesday. Currently, India is leading the three-match series 1-0. Krunal Pandya played a crucial role in the match as he took the first wicket in the Sri Lankan innings. He took 1 for 16 in his two overs in the first game. Nevertheless, Krunal will be closely monitored. We hope that he recovers as soon as possible.

According to sources, eight Indian players were in close contact with Krunal Pandya.  The players have been put in isolation. Two of them are Prithvi Shaw and Suryakumar Yadav.

Shaw and Suryakumar were announced as replacements for the England tour as Shubhman Gill, Avesh Khan and Washington Sundar have been ruled out due to injuries. But if they test positive they may miss the tour of England.

Both Indian and Sri Lankan teams are in a bio-bubble and players will be isolated as per standard protocols.

Earlier, the ODI series between India and Sri Lanka was also rescheduled due to Covid-19 cases in the home team’s camp. Sri Lanka’s batting coach Grant Flower and data analyst G T Niroshan had tested positive for the virus. They had just returned from England tour.