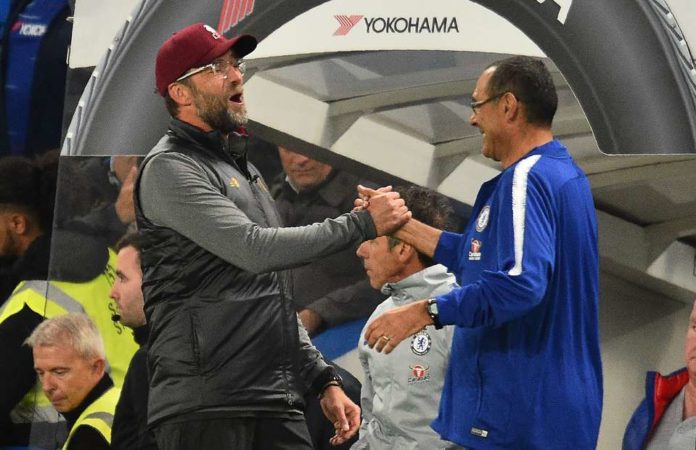 This weekend saw the second Chelsea vs Liverpool clash in a span of three days where Liverpool salvaged a draw in the 89th minute on a night where both Chelsea and Liverpool displayed an attacking masterclass.

It was a game both teams felt that they could have won. Offensive movements of both sets of players showed that both Sarri and Klopp’s style of play and dynamics are top drawer. This showpiece Premier League encounter was a treat for the neutrals. To put it simply, it was an end to end football.

Sadio Mane and Mohamed Salah launched a handful of threats for around 20 minutes but it was Chelsea’s intricate build-up play that took the Blues 1-0 up. ‘Sarriball’ was in full-flight as Kovacic released the red-hot Hazard who went all the way to beat Allison and tuck it in the bottom corner with his left foot.

Matters grew frustrating for the Merseyside club as they almost equalized on numerous occasions. Salah went around the keeper only to have his shot saved on the goal line by Rudiger. In the second half, the most expensive keeper in the world Kepa Arrizabalaga came alive to deny Liverpool and Salah by making a brilliant save.

The last quarter of the game proved to be eventful. Shaqiri replaced Mo Salah only to have a disappointing performance rounded off by a missed tap-in right in front of an open Chelsea goal after a classy grounded cross by Robertson. However, emotions were turned around after Daniel Sturridge came on from the bench to score a 25-yard scorcher. He took a touch at the middle of the park, looked up and swept a nonchalant curling shot that flew over Kepa and into the far top corner.