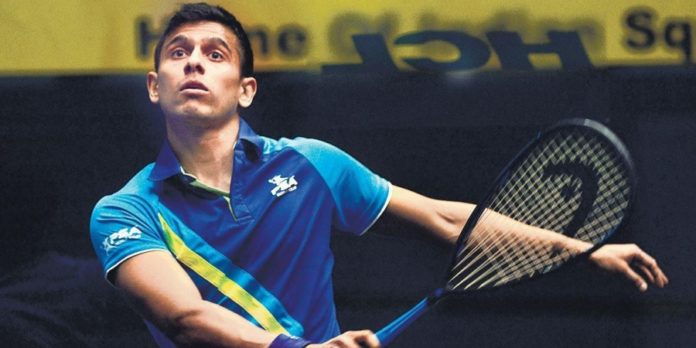 Ace squash players Joshna Chinappa and Saurav Ghosal, opened up about their lives in the time in Corona and their careers, plan for the future and much more in a fun chat with the two young but successful cricketers of the Indian Women’s team Smriti Mandhana and Jemimah Rodrigues in their show Double Trouble.

Talking about her routine Joshna said, “I was very excited for the first couple of weeks, and then it started kicking in that I wasn’t able to go out and then the motivation in training was going down. Even if you are a little lazy at home, when you drive to train the motivation comes back and then when you are at the training ground, it pumps you up and ready to go.

“At home, I have lost my whole sense of time, I was sleeping at whatever time I wanted to, waking up whenever so my body was a lot more lethargic. Training is so hard in the sense that I did not want to train but somehow I had the discipline that I had to get a certain amount of work done within a week just so I don’t lose my form and all of that. Doing just the basic stuff my bodyweight exercises, trying to do a lot of skipping, just trying to be as active as so I don’t have to start from scratch when all of this is over.” 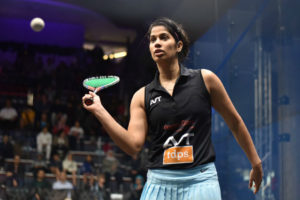 Saurav seemed to have gone through the same emotions as Joshna but in the reverse order.

“When things started, it was in the middle of a season and once it stopped, there was so much uncertainty you don’t know when you will start again and both of us are 33 so we have only a few years left in the sport so time is precious. I have learned to accept the situation and understand that there is almost no point in thinking when am I going to start again and when the tours will start again. Just focusing on the present and trying to find creative ways to train as much as possible.”

On the pressure, they feel of carrying the team, Joshna said, “I feel when I am playing at a team championship. It would be great if a lot more women play squash professionally so we can have a much stronger team presence in the world stage.”

“I think the pressure is there whether you are no 1 or no 2 and playing for your country. That pressure is a privilege, you have worked hard to have that pressure. About 10 years back, Indian squash was not competitive at the world stage, now we are competitive in the world stage. The next step is to conquer the world. The pressure on Joshna and me is to push the envelope and to believe that something that has never been done before can be achieved and you will be the one to do it. That is a good space to be in and I wouldn’t have it any other way.” Saurav added.

Recalling the beginning of her journey, the World no 11 said, “My dad was a squash player, I would run in the squash court with him. My parents told me to choose any one sport and play that more consistently. I ended up choosing squash because my dad was a player and he coached me for a long time. There was a sense of familiarity with the sport.”

Saurav, the World no 13, also had a similar story, “My dad used to play the game. I used to play cricket seriously as well till I was 13. In Calcutta, I was in Arun Lal’s cricket coaching academy and I was part of the team. At 13 I was going into class 9 and I couldn’t do two sports and studying is not the easiest thing in the world. So I had to choose. The two things that swayed it towards squash was that squash was an individual sport so the destiny lay in my hands and I liked that idea and the second reason was that I felt happiest when I was playing squash.”

Joshna revealed that Saurav was good in academics.

“Saurav would have his book until the teacher asked us to go inside for our exam. I would try to get the book out of his hands and he would get mad at me. When the results were out, I was jumping with joy because I got 70% and Saurav looked sad. On asking, he said he got 96 point something and was sad because he had missed the first position by 3 marks.”

Saurav was quick to point out, “I was sad because I came second by just 3 marks because only the school topper’s name came on the board in school. I wanted my name on the board. I felt like man, I was so close but my name will not be on the board now.”

Speaking about their thoughts on squash not being an Olympic sport, Saurav said, “Squash has got everything to be in the Olympics. It ticks all the Olympics ideals, but unfortunately, the world is not as black and white as we want it to be. There are a lot of grey areas. Getting into the Olympics is not as transparent as what I believe it should be. We have tried hard for the last 14-16 years to get in and it hasn’t happened.

“As a sport, it disappoints us not to be part of the Olympics, but we play an excellent sport. There are a lot of things that we can improve organically in our sport moving forward. The money and the effort need to be put in and we should have an attitude of making the sport as good as it can be. Hopefully, once we do that, then the Olympics will see the value of squash in the Olympics and come to us saying that we want you there.”