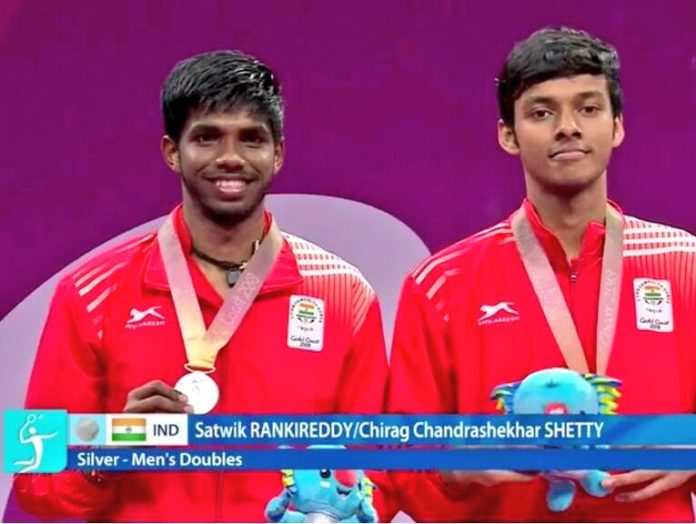 The youthful duo of Satwiksairaj Rankireddy and Chirag Shetty succumbed to the Indonesian World No.1 pair of Marcus Fernaldi Gideon and Kevin Sanjaya Sukamuljo 12-21, 24-26 in the semi-finals of the French Open BWF World Tour Super 750 on Saturday at the Stade Pierre de Coubertin in Paris.

The Asian Games gold medallists showed no signs of complacency in the first set as they took an unassailable 11-3 lead under five minutes. Satwiksairaj and Chirag played catch up to it, but the Indonesians surged their way to win it 21-12.

Unlike the one-sided affair of the first set, the second set was a close encounter. The game reached its climax when the scoreline got leveled 19-19, thereby reducing the game to a battle of nerves. The experience of Marcus and Kevin prevailed as they took it 26-24.

With Satwiksairaj and Chirag’s loss, India’s campaign at the French Open ends. PV Sindhu, Saina Nehwal, and Kidambi Srikanth all bowed out at the quarter-finals earlier.

The next prominent tournament where the Commonwealth Games silver medallists can be seen in action is the Fuzhou China Open where they would battle out against the World No.5 Danish pair of Mads Conrad-Petersen and Mads Pieler Kolding in the first round.