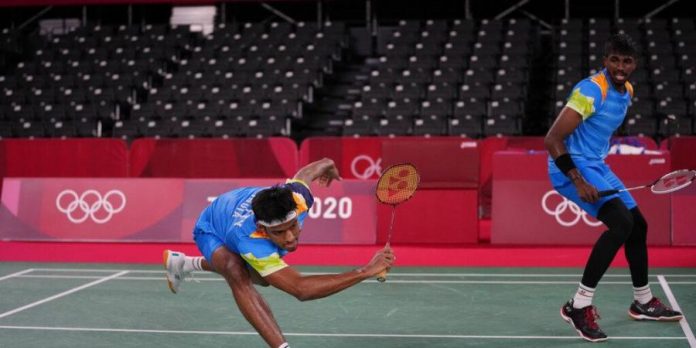 Badminton Men’s doubles pair of Satwiksairaj Rankireddy and Chirag Shetty endured heartbreak at the Tokyo Olympics. The duo faced elimination despite defeating Great Britain’s Lane and Vendy 21-17, 21-19 in their final Pool A match. 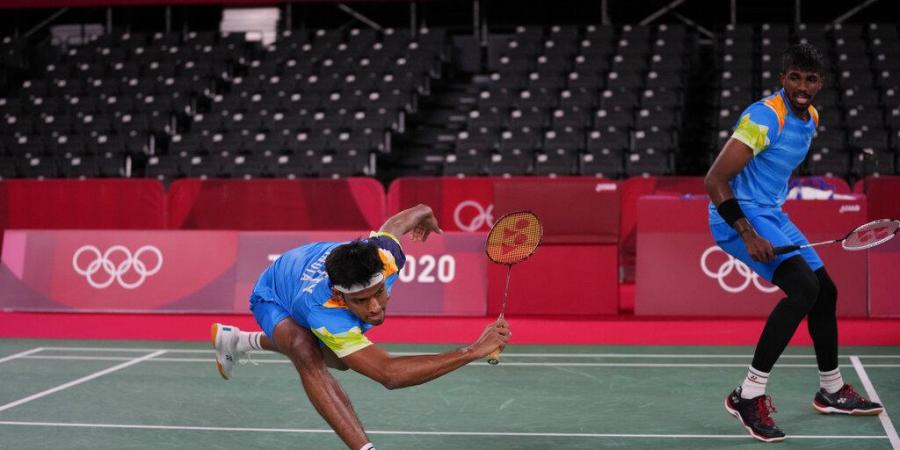 Their fate was written even before the match commenced as Chinese Taipei’s Yang Lee and Chi-Lin Wang were victorious over Indonesia’s top seeds Marcus Gideon and Kevin Sukamuljo Sanjay in their Pool A match.

The match-up between Chinese Taipei and Indonesia lasted three sets, which worked against India’s favour. Had the match been closed out in straight sets, India would have had a chance of qualifying into the quarter-finals.

The Indian team won two matches in the pool along with Taipei and Indonesia, but the latter teams progressed as they had a better game average.

India can leave with their heads held high following a valiant fight that included an upset over number one ranked Taipei.