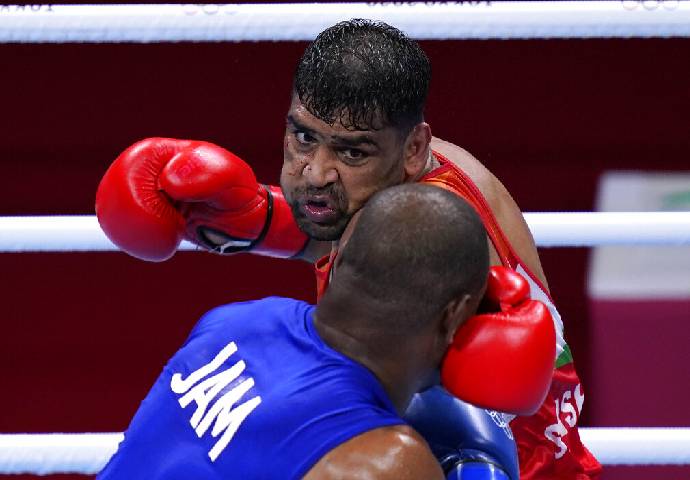 Satish Kumar becomes the third boxer from the Indian contingent and remains one match away from a shot at the medal.

Satish Kumar was bleeding midway through the third round and the scrappy round also ended in favour of the Indian. Much like the previous round, four judges awarded the round to Satish Kumar.

The 32-year-old is the first Indian boxer to qualify for the Olympics in the super heavyweight division. He had secured a silver medal during the 2018 Commonwealth Games.