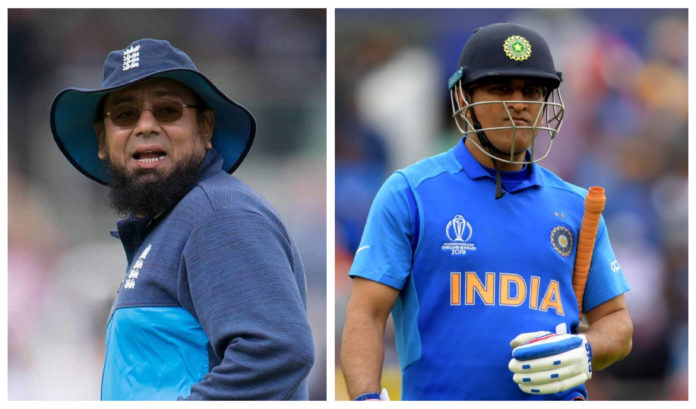 The Pakistan Cricket Board (PCB) has warned former Test player, Saqlain Mushtaq for praising former India captain Mahendra Singh Dhoni who recently announced his retirement through an Instagram post and the former Pakistan great praised him in a video posted on his Youtube channel.

As per the details, Saqlain is the head of international players development at the High-Performance Centre and being an employee of the board he is not allowed to post videos on YouTube and the PCB has reminded him that.

“The PCB was not impressed by Saqlain for over the board praise of Dhoni and his obvious interference in Indian cricket affairs when he criticised the BCCI for not giving Dhoni a proper farewell match,” a well-informed source informed.

Not only this but the PCB has also reminded national team players not to comment on Indian cricket or players due to the tense relations between India and Pakistan. He said that owing to the video posted by Saqlain Mushtaq, the PCB has reminded other coaches at the High-Performance Centre and of the provincial teams as well to not do any such act again. Even if they breach any of the PCB’s service rules, they could face disciplinary action too.

“Many of these coaches were managing their channels on Youtube but have now been told clearly that since they are employees of the board they can’t work on Youtube and secondly even while giving interviews in the media they have to first seek clear permission from the board,” the source further added.

“Obviously they are employed with the board and they have been told they have to either follow terms of their contract and service rules or decide what they want to do,” the source said.

On the other hand, as per the latest development, National Anti-Doping Agency (NADA) has finalised its schedule for the 13th edition of Indian Premier League (IPL). The cash-rich league is all set to take place in UAE from September 19 to November 10, as per the report in the Times of India. The report further added that the NADA will setup five Dope Control Stations in the UAE – one each in Dubai, Abu Dhabi and Sharjah along with the other two training venues – ICC Academy in Dubai and Zayed Cricket Stadium in Abu Dhabi as well.