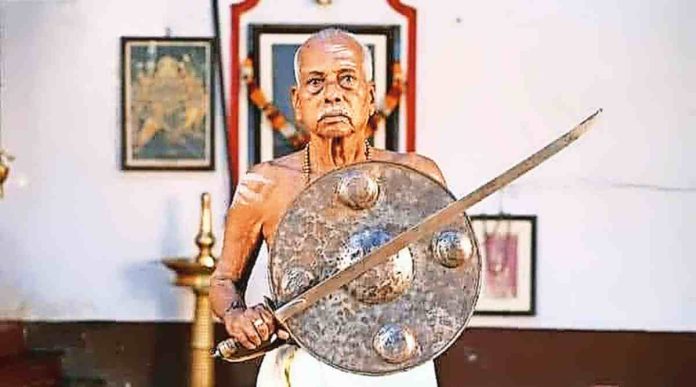 Sankaranarayana Menon, the 93-year-old kalaripayattu guru was recently bestowed with Padma Shri for his immense contributions to martial arts. He still continues to teach his students the art and it’s quite mind-boggling he is capable of instilling combat art to his students even at this age. He has been following a routine for a long time now and it starts with waking up at 5 am, bathing in the family pond, offering prayers at the courtyard temple and stepping onto the kalari (arena) in Kerala’s Chavakkad where his students eagerly wait for the guru for three hours of strenuous training of body and mind.

Sankaranarayana Menon says, “I will continue teaching students as long as I am alive” 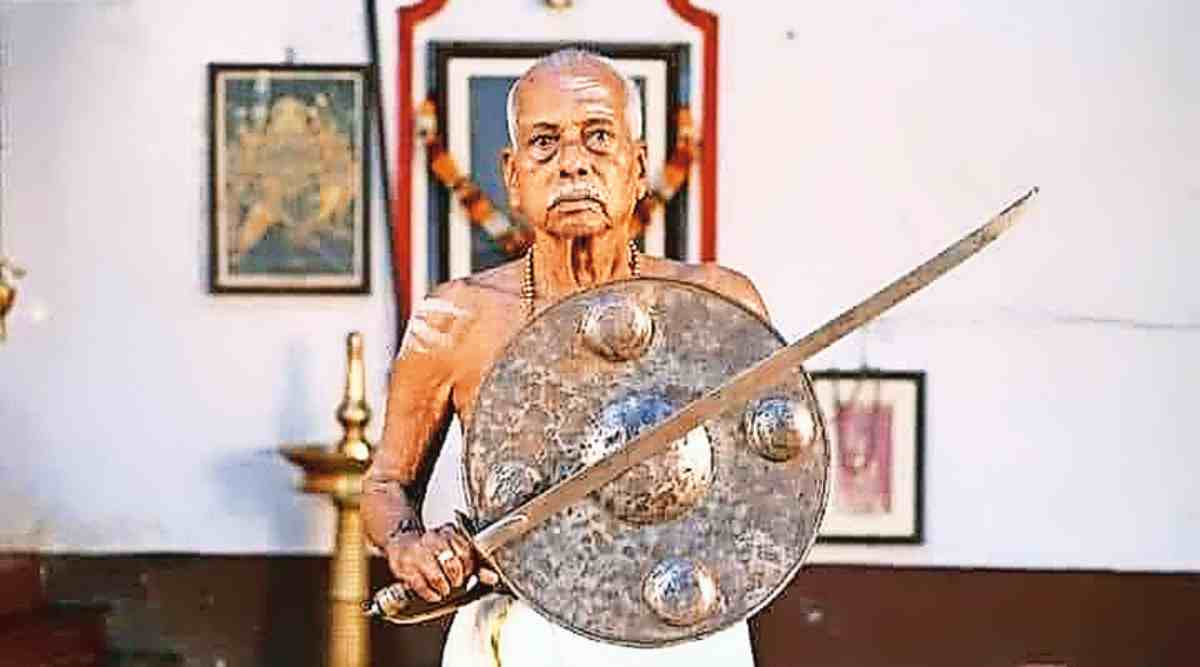 It was recently witnessed how he was applauded for his achievement which announced by the Government on Tuesday night. “I am obviously glad that the Government has recognised me. But it’s not the end. I will continue teaching students as long as I am alive. It’s my duty,” he says, in a soft but clear voice.

It is needless to state why these days, his body can’t perform at its best for displaying the intricate steps (“adavu”) on a daily basis. Thereby, he restricts himself to reciting instructions in a metrical, singsong slang, almost like folk poetry, passed onto him by his forefathers.

Menon said that he can still perform most steps “without breaking a bone or pulling a muscle”. The movements are no longer muscle memory, but memory itself. “I have been practising those moves since I was seven, so it has become a part of me, like my mind. I feel I need to finetune some of the steps.”

Menon recalled how he took baby steps in kalaripayattu in Tirur, now in Malappuram district. It has been revealed that his family had commanders in the army of Vettathu Raja, a local chieftain. He was trained to fight, and not teach the combat art form.

At present his school — Vallabhatta Kalari, which has 137 students, follows the Kadathanadan tradition, and the footwork and body movements are highlighted rather than armed combat The centre has also expanded with 17 branches outside the country, including in Brussels and Amsterdam, and twice as many in Kerala.