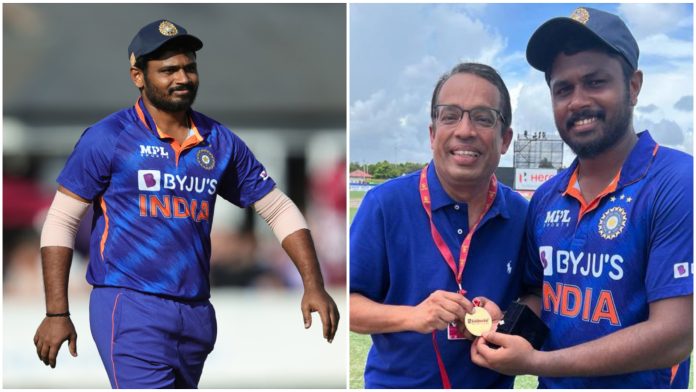 The promising Indian batsman Sanju Samson has once again come up with a heartfelt gesture and this time it’s towards a journalist. A picture has surfaced the social media where Samson posed gifting the series medal to a journalist after the T20I series win against West Indies. The Men in Blue thrashed Windies 4-1 to clinch the T20I series. Team India attained an 88-run win against West Indies in the fifth and final T20I at the Central Broward Regional Park in Lauderhill, Florida. It came after the unassailable lead of 3-1. 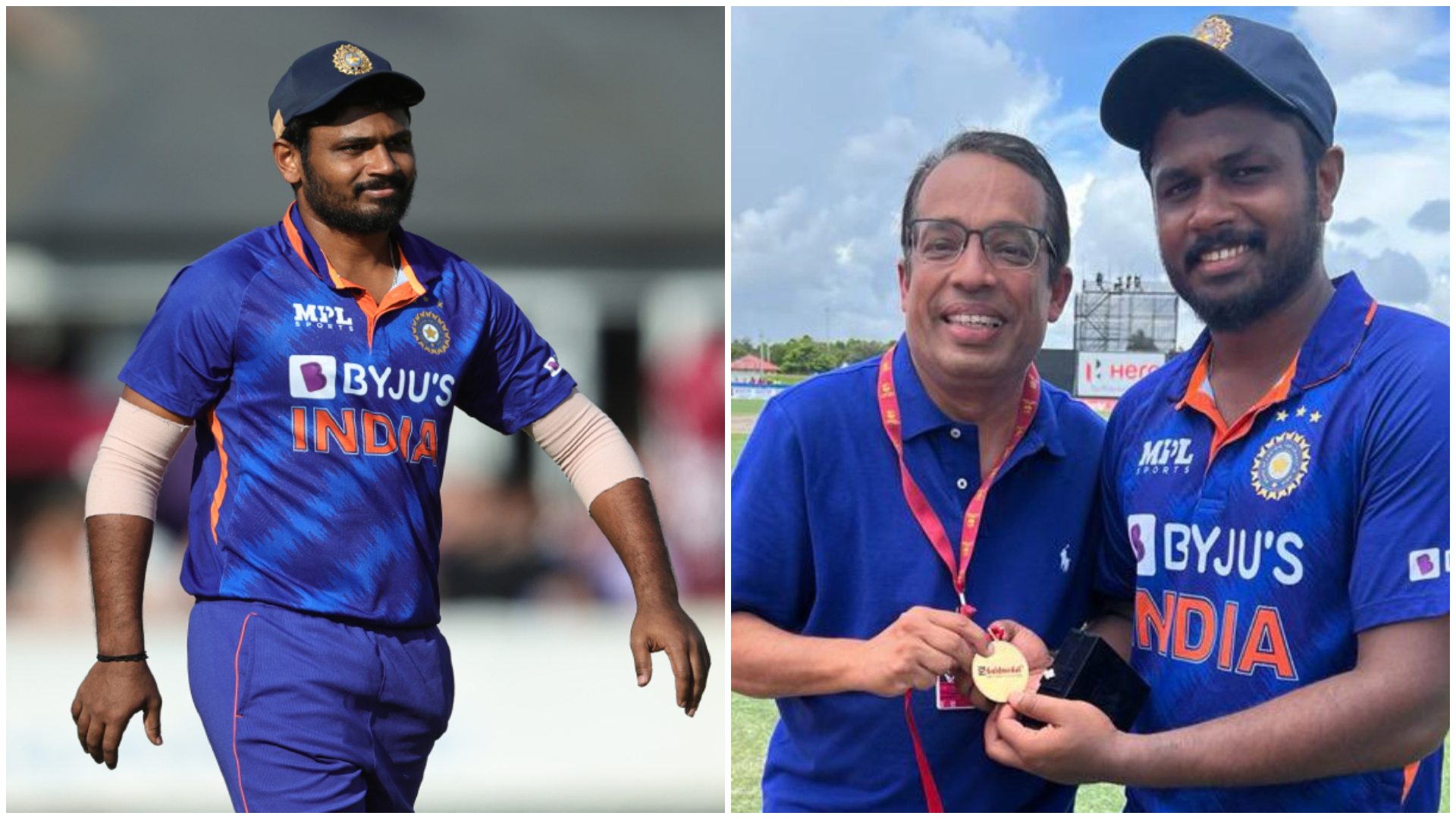 It has been noted that the name of the journalist is Krishna Kishore, who received the medal from Samson. You can check out the picture below:

This is not the first time Samson has been witnessed coming up with a heartwarming gesture. During this year’s IPL, The Rajasthan Royals’ skipper had presented a gift for his young teammate, Yashasvi Jaiswal as he assured that he would receive a new bat.

In India’s 5th T20I win, Shreyas Iyer hit a brilliant 64 to guide India to 188/7 after stand-in captain Hardik Pandya elected to bat. Iyer had anchored India’s innings while Deepak Hooda and Hardik Pandya also played cameos of 38 and 28, respectively. Rohit Sharma and Bhuvneshwar Kumar were rested to test their bench strength ahead of the Asia Cup 2022. Chasing a total of 189, West Indies were skittled out for a paltry of 100 runs. The Men in Blue are gearing up for the Asia Cup and recently 15-member squad was also announced.