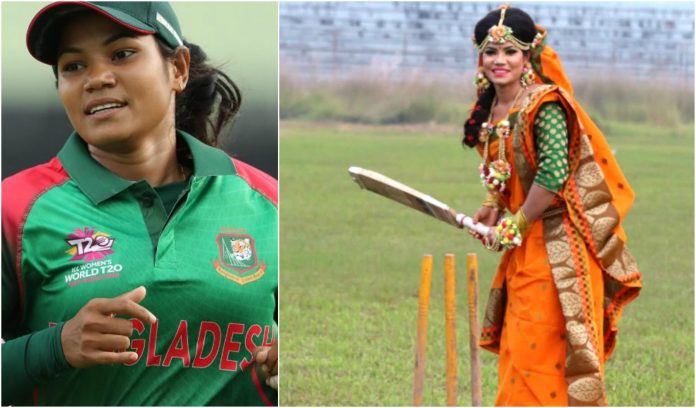 Bangladesh woman cricketer Sanjida Islam has come in the limelight for entirely a different reason. It was not for her batting but for her wedding photoshoot on a cricket pitch that took social media by storm. She posted the pictures on her social media account where she can be seen in wedding attire. 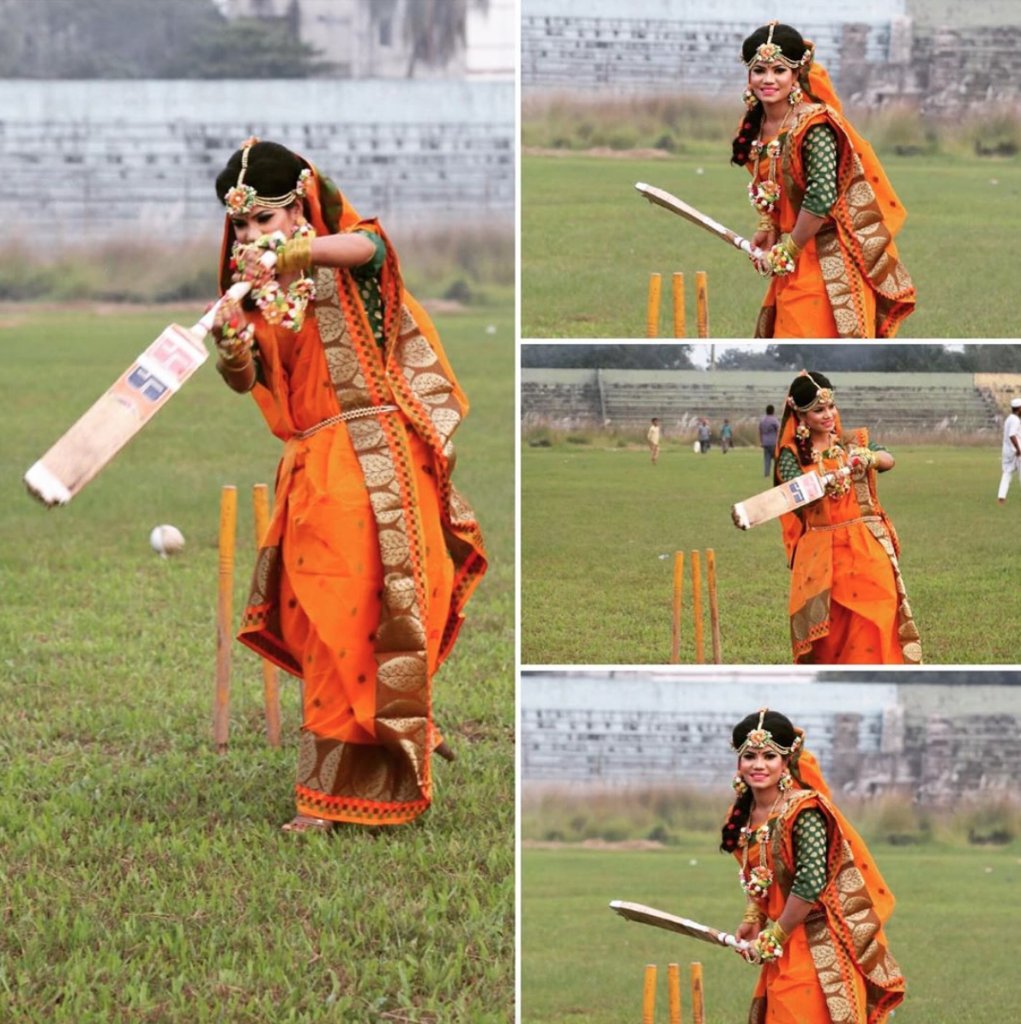 Sanjida wore an orange saree with proper ‘maang tika’, ‘chur’ (heavy bangles) and ornaments made of flowers for the occasion. She was seen playing a cover drive and a pull shot in those pictures. She recently tied the knot with Mim Mosaddeak, a first-class cricketer from Rangpur.

However, with these pictures, she gave cricket fans a couple-goal and her different idea of a photoshoot made the International Cricket Council (ICC) post those pictures as well. They tweeted the pictures: “Dress, jewellery, cricketer bat. Wedding photoshoots for cricketers be like.”

The 24-year-old Sanjida Islam made her international debut for Bangladesh against Ireland in a T20I game in August 2012. Since then, she is considered as one of the key players of the team. In June 2018, she was featured in Bangladesh’s squad that won their first-ever Women’s Asia Cup title, beating India in the final of the 2018 Women’s T20 Asia Cup tournament.

The right-handed middle-order batter has featured in 16 ODIs and 54 T20Is so far in her eight-year-long international cricketing career for Bangladesh. Meanwhile, she has scored 174 runs in ODIs and 520 runs in T20Is as well.

However, this is not the first time that cricket becomes the theme of wedding photoshoot as Indian all-rounder Krunal Pandya too chose this for his wedding. it was in 2017, when the eldest of the Pandya brothers, Krunal married his long-time girlfriend, Pankhuri Sharma. Meanwhile, Krunal and Pankhuri’s pre-wedding photoshoot became a huge hit at that time where they can be seen with different cricket gears.

His brother Hardik Pandya also shared the pictures and wished all the happiness to the couple.

My jaans are getting married and I am super excited for the wedding. Let the happiness begin!!! #BowledOverBeauty pic.twitter.com/4wRixFvenn

Aakash Chopra points out the area where KKR is lacking finesse