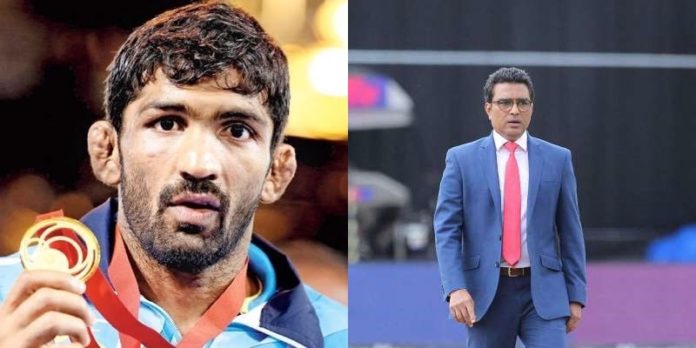 Following the brutal attack on Jawaharlal Nehru University students last Sunday, the citizens of the country including the sports fraternity have voiced their condemnation of this horrific incident. On Tuesday, Sanjay Manjrekar, a respected commentator in the cricketing world, expressed his solidarity towards the protestors in Mumbai. However, Yogeshwar Dutt, the 2012 Olympics bronze medallist and a Bharatiya Janta Party (BJP) leader, took no time to oppose Manjrekar’s support through social media and raised questions over a ‘Free Kashmir’ placard spotted at the ongoing protest. 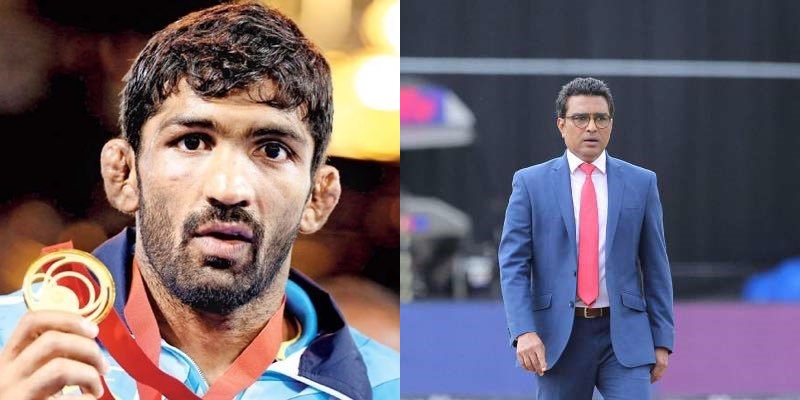 Earlier this morning, Manjrekar retweeted a post with the images from the protest last night before the Gateway of India, captioning “Well done Mumbai!”.

Dutt, quickly joined the debate and posted a picture of a girl holding a ‘Free Kashmir’ placard in the same protest and asked the former cricketer:

“This is also the truth of the same procession. @sanjaymanjrekar what do you have to say about such people?” (in Hindi).

The wrestler from Haryana, who won a bronze medal at the 2012 London Olympics in Men’s freestyle 60 kg wrestling, joined the Bharatiya Janta Party (BJP) last year and participated in his state’s Assembly Elections for the Baroda seat; but lost by nearly 5,000 votes to Sri Krishan Hooda, of Indian National Congress.

The image of the girl with the placard, on the other hand, has gone viral and several BJP members have objected against it – claiming they are “separatist views”. The Mumbai Police on Monday, confirmed that they are searching for the woman to question her and that necessary steps will be taken for her actions.

The ongoing protests in Mumbai started on Sunday night, after violence broke out inside the JNU campus on Sunday night as masked men armed with sticks attacked students and teachers and damaged property on the campus. Students and people from all walks of life throughout Mumbai have gathered before the Gateway of India to protest against this horrific incident since then.