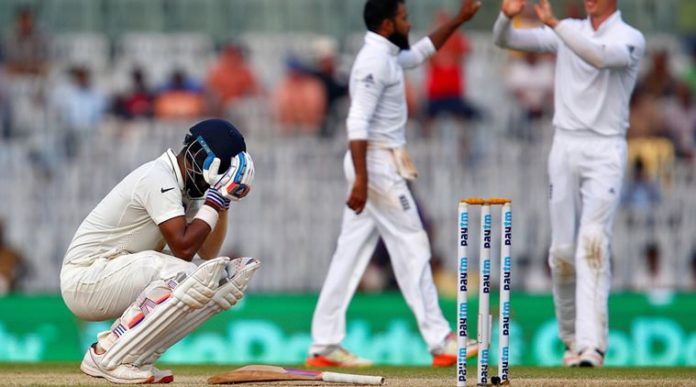 KL Rahul is a strong contender for the opening slots for India’s first Test against Australia next week but his knack of “finding new ways to get himself out” has not gone down well with assistant coach Sanjay Bangar. While the likes of Prithvi Shaw, Cheteshwar Pujara, Virat Kohli, Arjinkya Rahane and Hanuma Vihari scored fifties, Rahul was the only established batsman who failed to reach a double-digit score. Assistant coach Sanjay Bangar, however, said that Rahul was one knock away from rediscovering his form.

“He (Rahul) has been looking in good shape, including today. It is just that he is finding new ways to get out. Even today, the ball was quite afar when he played it away from his body and lost his wicket. But what we are reading he is playing the ball well and he is one hit away (from form),” Bangar said after the day’s play.

Bangar said Rahul was no longer an inexperienced player and he ought to shoulder more responsibility. “We know his ability and if he converts that to performances then it is important for the team. He is not a young player anymore and he is on his second tour here. He has played 30 Tests and he has a responsibility. We expect him to play with that responsibility and play his role for the team,” the coach said.

Bangar also clarified that the think tank is yet to decide upon the batsmen for the opening slots as well as the sixth position. “I would say there are still some spots to be taken. We will keep a close eye on how the second innings goes and it gives some other batsmen a hit especially Murali Vijay and middle order batsmen, and see how they go.

There are certain spots to be taken still. We are looking at the opening slot as well as the number six slot. Those are the positions we are still looking at, we have not decided yet,” he added.

Vijay and Sharma are two batsmen who have been recalled in the Indian Test squad. While Sharma was dropped from the five-over format after the series to South Africa earlier this year, Sharma was sent back home midway during the Test series against England.