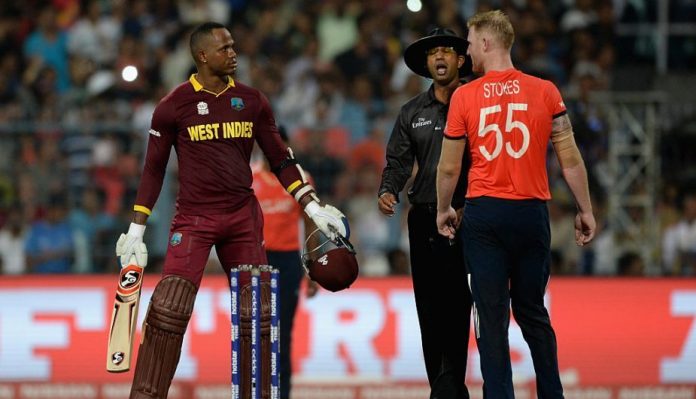 Former West Indies all-rounder Marlon Samuels has once again renewed his rivalry with Ben Stokes when he used derogatory words to slam the English star for his rather light-hearted, quarantine remark on him. 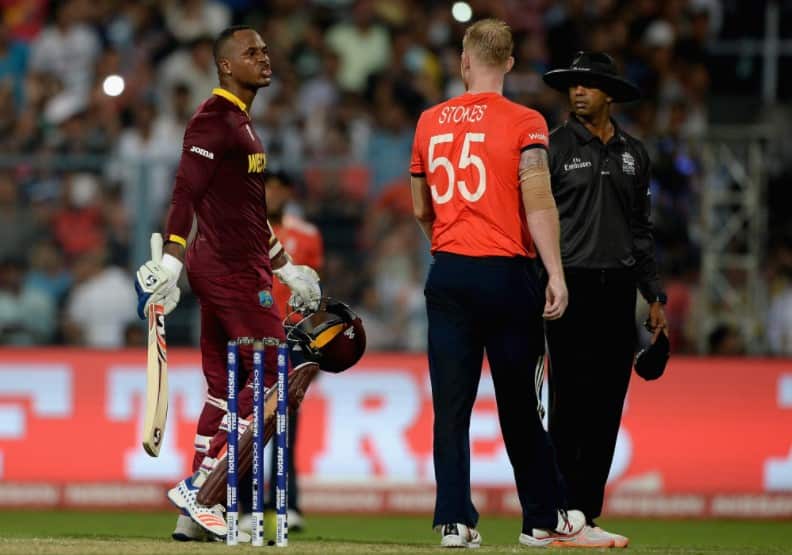 Stokes, who is currently playing in the IPL, recently spoke about the challenges and demands of staying in quarantine, joking that he wouldn’t wish it for even his ‘worst enemy’ Marlon Samuels. The Rajasthan Royals star had to remain in quarantine in hotel rooms in Auckland and Dubai in recent months as part of the terms of travelling during the Covid-19 pandemic.

“I posted a few Instagram stories and some of the England boys were messaging me asking what it’s like and I was saying it wasn’t the most enjoyable thing you ever have to do, I wouldn’t wish it on my worst enemy,” Stokes recently told the TMS in an IPL podcast.

“I text my brother saying the same thing, and my brother asked: ‘You wouldn’t even do that to Marlon Samuels?’ I said ‘no, it’s that bad’ – that’s how tough it was,” he had added.

Reacting to his words, Samuels took to Instagram, mentioned Stokes’ wife in a derogatory manner and said that “none of yall knows me.” Former England captain Michael Vaughan reacted to Samuels’ comments and expressed shock at the use of his words.

This is appalling @marlonsamuels … we are trying to stamp out racism … !! A bit of banter by ⁦@benstokes38⁩ should not lead to this … pic.twitter.com/QkdAAUKLWm

On Thursday, the fight turned uglier when Samuels brought up the Bristol brawl in which Stokes was involved. “No no this can’t be true Ben is such a nice guy he would never fight in the streets of England. No way stop telling lies on Ben,” he wrote in a post on Instagram with pictures from the night brawl involving Stokes.

I’ve just been sent what Samuels has posted re @benstokes38 & I. It’s a very sad situation as he obviously needs serious help-but has no friends at all & not even his ex teammates like him. Just because you were an ordinary cricketer-no need to be an ordinary person. Get help son

Warne, who was also at the receiving end of Samuels’ crass words, reacted saying that the former West Indies player needs help. “I’ve just been sent what Samuels has posted re @benstokes38 & I. It’s a very sad situation as he obviously needs serious help-but has no friends at all & not even his ex teammates like him. Just because you were an ordinary cricketer-no need to be an ordinary person. Get help son,” he wrote on Twitter.

The rivalry between Marlon Samuels and Ben Stokes goes back a long way when in 2015 the former mocked the Englishman with a salute. The pair once again clashed at the T20 World Cup final in 2016 when West Indies defeated England.