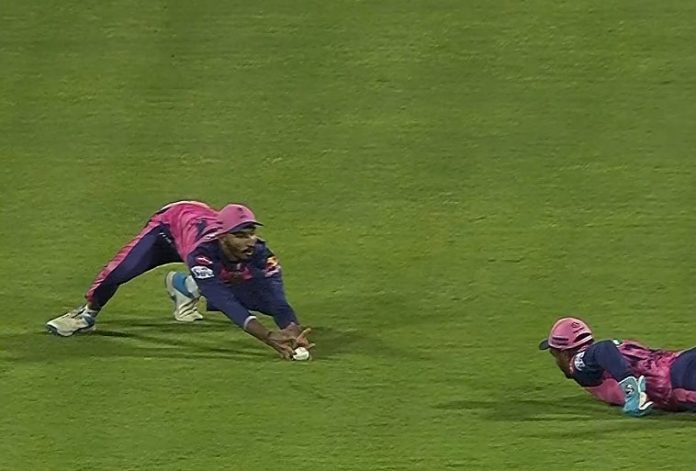 Rajasthan Royals began their defence of the mammoth 211 run-target with a flourish. Kane Williamson was dismissed in a controversial fashion following a stellar bit of teamwork from captain Sanju Samson and Devdutt Padikkal behind the stumps. 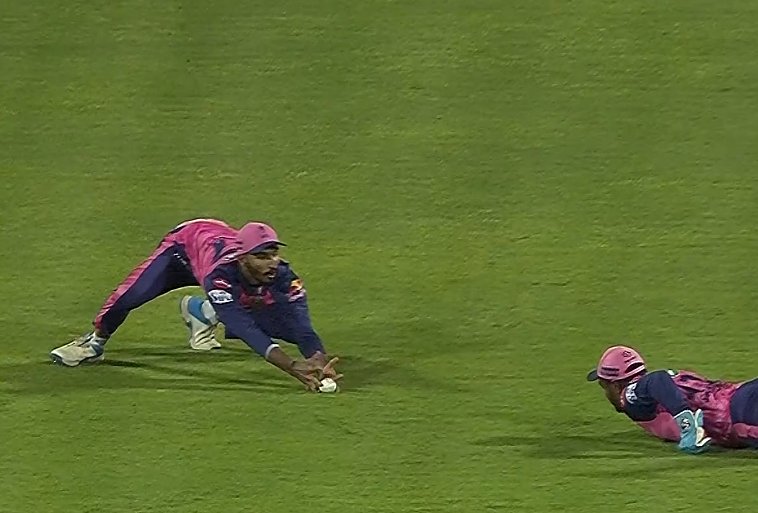 The new-look bowling pair of Trent Boult and Prasidh Krishna were on point early on in the innings. The duo did not give anything away and cramped the SRH openers.

Bowling his first over, Prasidh Krishna got a delivery to hold its line, the extra bounce getting the edge of Williamson’s bat. The thick edge pushed the ball into the slot between the wicket-keeper and the first slip.

Samson, diving full length to his right, managed to get a glove to it, but could not hold onto the ball. The ball deflected off the glove, lobbed in the air near the first slip.

Padikkal too dove to his front, managing to hold to the ball. The youngster was not sure whether he had claimed it in the air, prompting the on-field umpires to send the decision to the third umpire with the soft signal being out. Watch the video of the catch right below:

Replays slightly suggested that the ball might have touched the ground before Padikkal grasped it. However, the close call ended up being in the favor of the Royals, sending SRH captain Williamson for just 2.

“It was interesting” – Devdutt Padikkal on batting at No.4