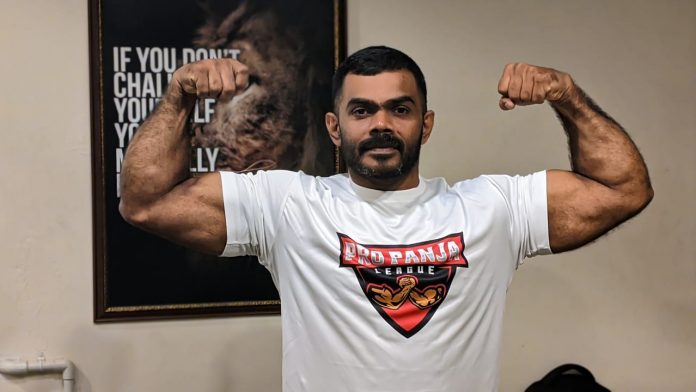 The Pro Panja League is back after a year-long hiatus to host its second event in Mumbai. The event will take place in the posh section of South Bombay named Colaba in a venue called the Radio Club Pier.

The scenery is highly scenic as it sits parallel to the iconic Taj Hotel and the Gateway of India. While the COVID-19 pandemic dampened the mood around the country, the Pro Panja League is back to bring smiles on the face of the athletes and Arm Wrestling fans around the world. 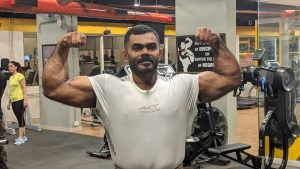 This time around, the tournament will feature 18 athletes with most being the medalists from the first Pro Panja League ranking tournament. However, we also have a newcomer in Sameer VT, who will take on the reigning 90kg silver medalist Harman Mann.

Sameer VT started arm-wrestling nearly 23 years ago and he is currently 13-time national champion. He is also an Asian Silver Medalist and he was also the 2019 captain of the Indian team. He has also won three national championships in Qatar.

Ahead of Pro Panja Mega Matches-1, We had the opportunity to chat with Sameer VT to get his thoughts on the upcoming event.

1.) How is your training been ahead of the match?

Training has been good and I am feeling very well and confident heading into this fight.

2.) What are the different types of workout that you’re heading into this fight?

I am doing strength and bodyweight workout along with special Panja workouts. I am also doing some heavy deadlifts heading into this PPL tournament.

3.)Are you maintaining any specific type of diet for this fight?