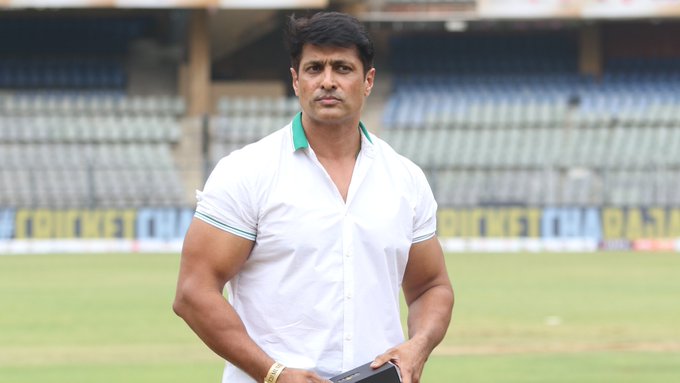 Former India pace bowler and current chief selector of Mumbai Salil Ankola has been tested positive for the global pandemic COVID-19. He has revealed the news on Sunday through his Facebook and Instagram accounts as well.

“Bringing in my birthday tomorrow with COVID19 catching up with me. Unforgettable birthday. It’s scary to go through this but will be needing all your blessings to come through with this. Will be back soon full throttle,” Salil Ankola shared the post on his Facebook and Instagram account with this caption.

The COVID-19 cases have seen a recent rise in Maharashtra, especially in Mumbai and Pune. As far as Salil Ankola’s cricketing career is concerned, he has played in one Test and 20 One Day International matches for India and he was the chairman of senior selection committee of MCA, last December as well. However, the other members of the selection committee are – Sanjay Patil, Ravindra Thaker, Zulfiqar Parkar and Ravi Kulkarni.

As far as the upcoming series is concerned for the Indian men’s team, they will play the fourth and final Test against England in Ahmedabad before the five-match T20I series will be played at the same venue. After that, the series will be shifted to Pune for the three-match ODI series.

Notably, India put up a great show in the third Test against England where they won the Test by 10 wickets within two days. However, the Motera pitch came into the limelight as many criticised it. People got divided on the analysis of the pitch as well. In the meantime, former India captain and one of the best players of spin, Mohammad Azharuddin said that wearing shoes with rubber soles helped the footwork and proper shot-selection helps in the success for batsmen on a turning pitch like Motera.

“It makes little sense to wear spikes when batting. Rubber soles don’t hamper ability of batsmen. I have seen some amazing Test knocks being played on tough surfaces by batsmen who wore shoes with rubber soles,” Azharuddin tweeted.