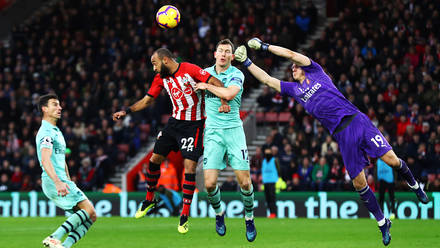 England south coast was witness to a spectacular Premier League match where a relentless and tireless Southampton side braced the Gunners and ended their winning streak of 22 matches. 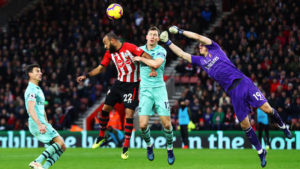 The cause to all this is that it was an under-strength Arsenal team, whose defensive crisis was made worse by an injury to wing-back Sead Kolasinac in training on Saturday. Granit Xhaka was therefore selected as a makeshift centre-back, while Laurent Koscielny started his first Premier League match after seven months out with injury. The fragile nature of the defence perhaps explains why all three of Southampton’s goals came from crosses.

The Gunners had their chances with Alex McCarthy impressing in the home goal, but Southampton were dangerous on the break and Shane Long had a goal rightly ruled offside before providing a teasing cross for Austin’s winner.

The victory takes Southampton out of the relegation zone and up to 17th.

At the final whistle, Austrian Hasenhuttl – nicknamed the ‘Klopp of the Alps’ during his spell at previous club RB Leipzig – joined his players’ on-pitch huddle before whipping up more decibels from the home support.

“With every ball win and every counter-attack, the belief was rising,” said Hasenhüttl. “To come back again and again was amazing because it showed we had the character to make the first step. It was a fantastic moment, very emotional. This is what I want to feel in the Premier League. This atmosphere after the game was special for me.”

Hasenhüttl said the “fundamentals” are now in place for Southampton, for whom Ings tirelessly led the line. “He was very intense and he invested a lot,” the manager said. “When you invest a lot, you earn a lot.”