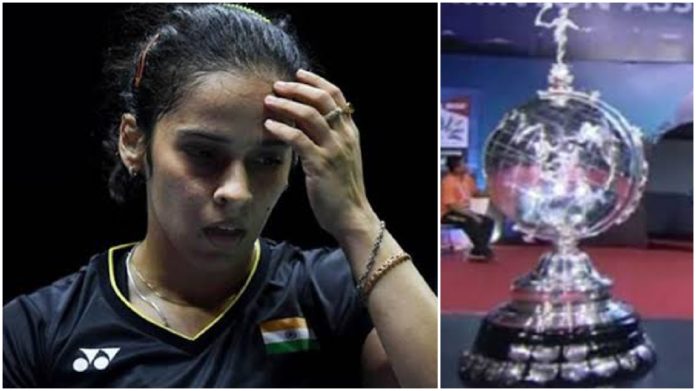 Seven countries have been withdrawn themselves from Uber Cup amongst the risk included in travelling to Scandinavia for the event. The nations, mostly Asian, includes: South Korea, Taiwan, Thailand, Indonesia, Australia, Singapore and Hong Kong.

Fresh off the news of the withdrawals, Nehwal, one of India’s most famous sportswomen in the last decade, tweeted: “7 countries have withdrawn from tournament cause of the pandemic…Is it safe enough to conduct this tournament during this time ??… #coronavirus.”

7 countries have withdrawn from tournament cause of the pandemic…Is it safe enough to conduct this tournament during this time ??… (Thomas and Uber Cup 2020) #coronavirus https://t.co/HC1qnueeLb

However, Nehwal and PV Sindhu, alongside other top-tier Indian shuttlers, had already consented to travel to the Danish city of Aarhus to compete in the event from 3 to 11 October, 2020.

In Uber Cup, India is placed in Group D, where they are set to play powerhouse China, Germany and France.

The Sports Authority of India had proposed the preparatory camp in Hyderabad which was originally scheduled to start on September 7 and conclude on September 27. However, the camp had to be scrapped after realization of shuttler schedules and quarantine period.

Considered one of the most successful Indian sportspersons, she is credited for increasing the popularity of badminton in India. In 2016, the Government of India conferred the Padma Bhushan, India’s third highest civilian award, on her. Previously, the nation’s top two sporting honours, namely the Rajiv Gandhi Khel Ratna and the Arjuna Award, were also conferred on her by the Government of India.

It is to see whether India becomes another nation to withdraw from the event or if BWF itself scraps the event. Otherwise, the Indian shuttlers shall try to prove themselves at Denmark.