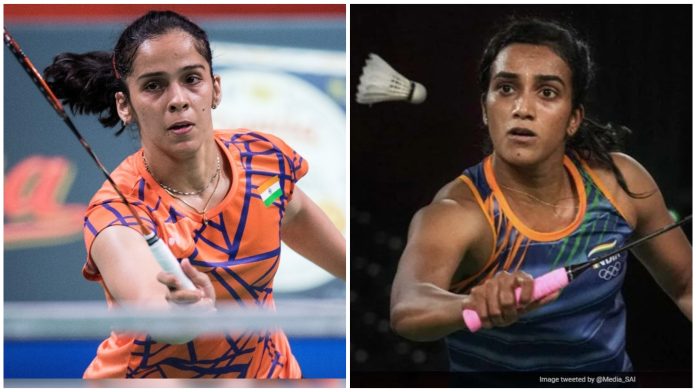 Indian badminton aces Saina Nehwal, PV Sindhu, Kidambi Srikanth and Parupalli Kashyap kickstarted their campaigns at Swiss Open with winning their singles opening rounds, along with men’s doubles pair Chirag Shetty and Satwiksairaj Rankireddy zooming past Indonesian All England champion pair of Muhammad Shohibul Fikri and Bagas Maulana on the inaugural day of the tournament in Basel on Wednesday.

Saina Nehwal, the bronze medallist of the London Olympics, secured her entry into the second round with a straight set 21-8, 21-13 win over Spanish player Yaelle Hoyaux in a match that lasted for 31 minutes. Rio silver medallist PV Sindhu had her winning start of the tournament against Line Hojmark Kjaersfeldt of Denmark with a  21-14, 21-12 straight set win. The women’s singles event also saw another win from Ashmita Chaliha, who defeated French shuttler LeOnice Huet 19-21, 21-10, 21-11.

Seeded 7th, Srikanth outplayed Mads Christophersen of Denmark in straight sets in the opening round of men’s singles, defeating the Danish shuttler 21-16, 21-17 in a 32-minute match. Along with Srikanth, Parupalli Kashyap also picked up a win in his men’s singles opening event against Enogat Roy, defeating the Frenchman 21-17, 21-9 and in an all-Indian affair, H. S. Prannoy edged out his compatriot B Sai Praneeth 25-23, 21-16 in a neck to neck match spanning 48 minutes.

The pair of Chirag Shetty and Satwiksairaj Rankireddy, seeded third, came from behind to win their men’s doubles opening round contest against Muhammad Shohibul Fikri and Bagas Maulana. The Indians marked a 17-21, 21-11, 21-18 win over their Indonesian counterparts, who are coming off of as All England champions from last week.

However, the pairs of Ashwini Ponnappa and Sumeeth Reddy, along with Treesa Jolly and Gayatri Gopichand suffered premature exits in their mixed doubles and women’s doubles first rounds respectively.