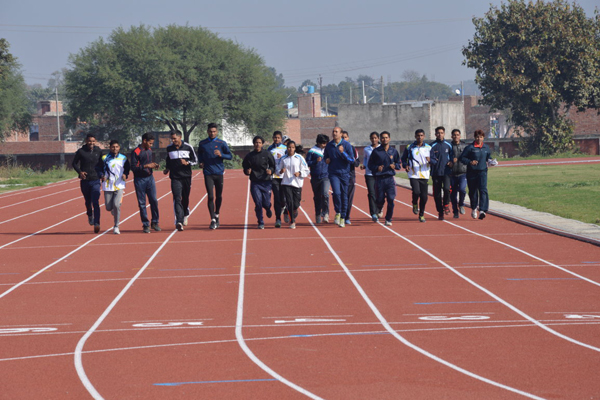 Sports Authority of India (SAI) has taken the decision to make travel arrangements for the athletes of National Centres of Excellence (NCOE) and SAI Training Centres to join their training facility.

SAI wants the resumption of training

The sporting activities are set to commence from November 1 as Tokyo Olympics and Paralympics are around the corner. Thus, the apex sports body of India wants trainees to get back to their training centres.

The athletes were sent back home due to the deadly COVID-19 pandemic, that began in March. The body has now decided to make transport arrangements.

The athletes who would have to travel more than 500 km will be provided with an air ticket and those who are stationed less than 500 km away could travel by train in 3rd AC.

All the coaches and support staff of the NCOEs/STCs would be provided accommodation.

This would be done to create the bio-bubble so that it is possible to resume the training at the centres. Also, regular and contractual staff would be provided accommodation at government cost.

In an official statement, the apex sports body said, “SAI authorities have also reached out to all athletes to apprise them about the SAI SOPs that they will need to follow prior to and after joining the SAI centres.”

The athletes have also been given the opportunity of joining the SAI centres after Diwali if they wish to celebrate the festival with their families.

Earlier this year in March, when the COVID crisis began, under the Government advisory, SAI had adopted proactive prevention measures and directives were issued to all regional heads.

The training in NCOEs and STCs were called off from 17th March but the hostel facilities were kept open till 20th March in order to avoid inconvenience to athletes.

The Regional Directors of the training centres were directed to enable the return of the athletes of those living beyond 400 kms to be sent back by air and within 400 kms by AC 3-tier train.