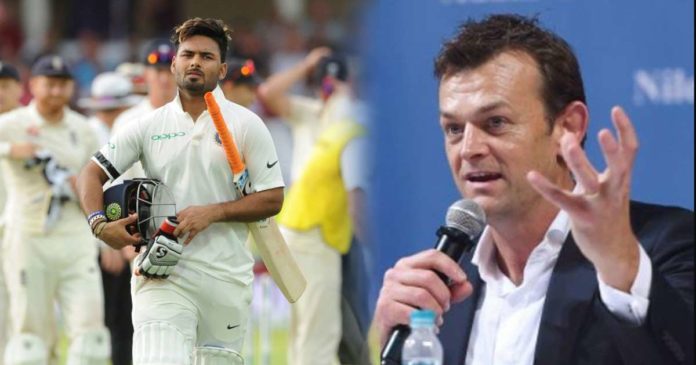 Young Rishabh Pant should not try to be the next MS Dhoni and must work on improving his own game instead, believes former Aussie keeper Adam Gilchrist. The hard-hitter is under pressure since the World Cup semi-final and has been criticised by many, for his patience while batting and his wicket-keeping skills. Even after the first T20I against Bangladesh in Delhi, Pant received a lot of jeers after India’s loss.

Gilchrist, though, reckons that the Indian fans should stop comparing Pant with MS Dhoni.

“I’m not big on comparisons, like I have said before. I think Indians fans shouldn’t be trying to compare him to Dhoni. Dhoni has set such a high benchmark. One day someone might match it but it is probably unlikely,” the Kangaroo legend said.

“Rishabh looks like a very talented young player. Just don’t put too much pressure on him too early and expect that he’s going to produce Dhoni-like performances every day,” he added.

India will play their first-ever Day-Night Test against Bangladesh in Kolkata November 22 onwards, and Gili believes that pink-ball cricket will definitely be a hit in among the spectators. He then called for a similar Day-Night Test against Australia as well, when team India visits down under after the T20 World Cup next year.