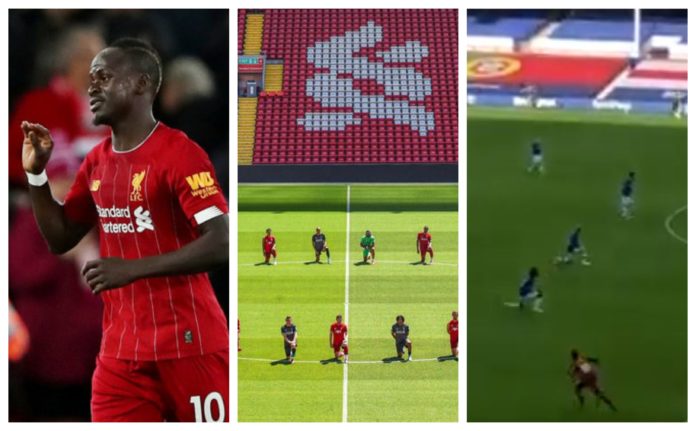 Liverpool’s quest for their maiden Premier League title continued with a nearby trip to Goodison Park. As the teams knelt to display the symbolic gesture against systemic racism in the Black Lives Matter protest, Sadio Mane forgot to take the knee and sprinted to the opposition half. 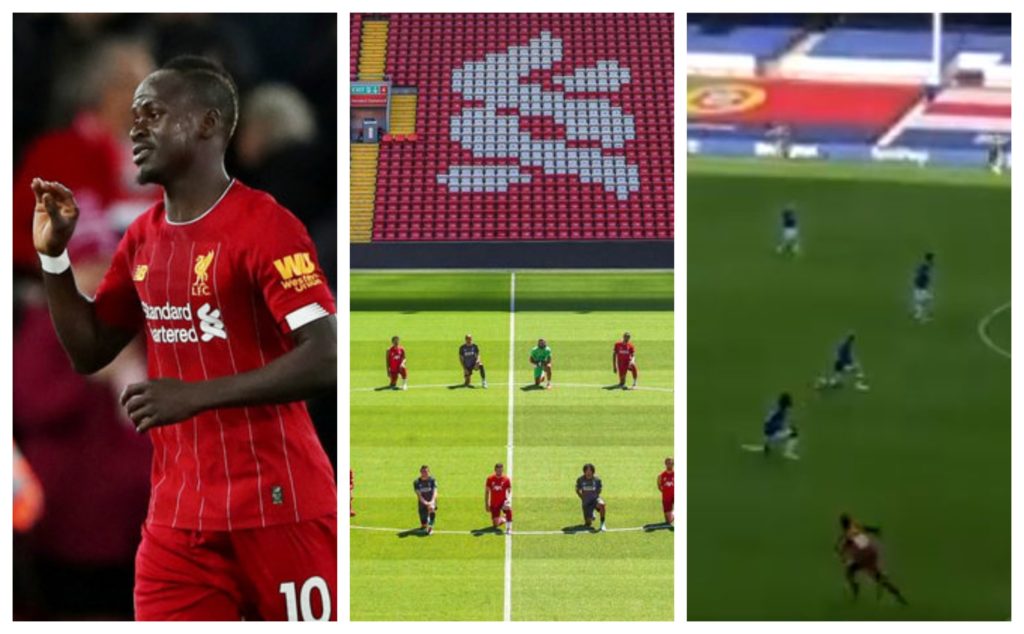 The return of the Premier League marked with a significant emphasis on the Black Lives Matter campaign. Team jerseys now sport “Black Lives Matter” instead of the name of the player. Moreover, in each match since the restart, the players, the officials, and the coaching staff of teams have taken the knee after the kick-off whistle before commencing play.

Mane, due to force of habit, proceeded to dart towards the wing where he usually receives a pass after kick-off. After covering quite a distance, he realized his blunder and awkwardly returned back to the half-line where he took the knee along with everybody else. Watch the incident right below:

Sadio Mané was that eager to get started he forgot to kneel… pic.twitter.com/ig9e3iwROQ

The winger has been one of the standout players for the team this season. The lockdown seemed to bore a minimum impact on him as he was on target during Liverpool’s emphatic 6-0 victory over Blackburn in a friendly game.

Liverpool, who only need 6 points to clinch the Premier League crown named a formidable line-up against rivals Everton. While left-back Andy Robertson failed to make the match squad due to injury, Takumi Minamino was given the nod ahead of Mohamad Salah at right-wing.

As of typing, the contest is still at 0-0 with both teams finding their rhythm in a physically engaging encounter. The majority of goals have been scored in the second half since the restart and the trend might continue with this contest as well.

Leno suffers freak injury and engages in war of words on the stretcher!