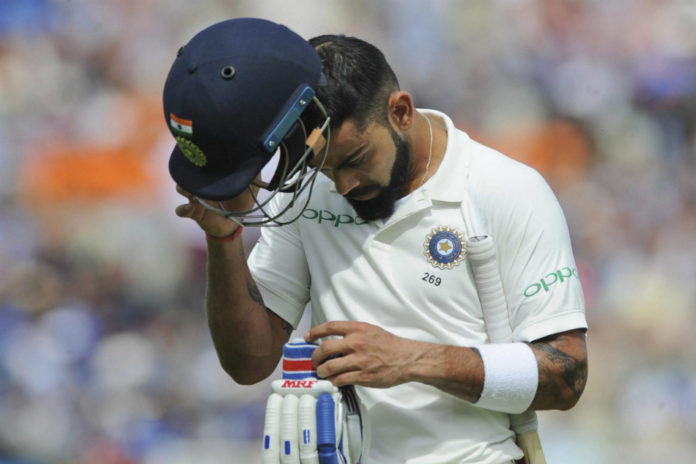 While Team India have been taking on Australia in the much-anticipated four-match Test series, captain Virat Kohli’s run out on Day 1 of the pink-ball day-night Test has become a matter of debate in the cricketing world as well. Notably, Kohli was batting at 74 before getting run out by a poor call from his partner Ajinkya Rahane.

During the match, Rahane called for a quick single which Kohli responded but this left the India captain nowhere but to be in the middle of the crease. And, Nathan Lyon took the ball and ran out Kohli and successfully broke the stable 188-run partnership. While many thought Rahane should have probably sacrificed his wicket for Kohli as he was going strong, after the 1st Day’s game, Sanjay Manjrekar and Glenn McGrath opened up whether there was any possibility for Rahane to do them justice.

“See, because they were looking to take singles, a lot of quick singles and they run quite quick between the wickets. He committed but then he said no straightaway and stopped,” McGrath added. “Whether you’ve got that split second – I’m the worst person to talk to about running between the wickets – but if you’ve just stopped then realise ‘My captain’s going to get run out, I’ll just got and sacrifice my wicket, you’ve got to be really switched on to think like that.”

As far as India’s score is concerned, Virat Kohli’s dismissal became the turning point of Day 1 as India lost Rahane, Hanuma Vihari in quick successions as well. While Ravichandran Ashwin and Wriddhiman Saha took India to 233 for six at the end of the 1st Day’s game, India were all out for 244 in the first hour of the 2nd Day’s game as their lower-order failed to contribute much.