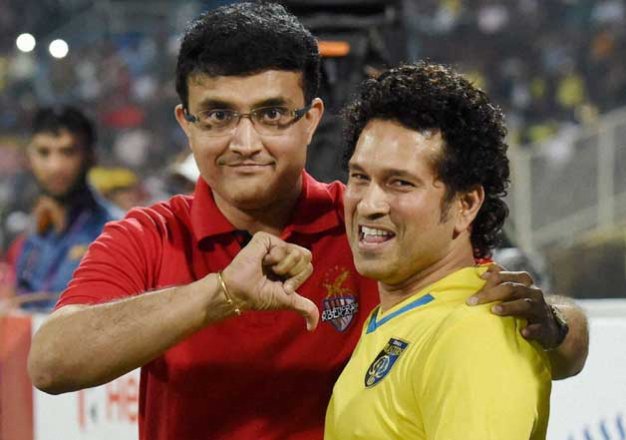 Master-blaster Sachin Tendulkar still shares a wonderful camaraderie with his former colleagues, as it was witnessed in a recent social media post from former Indian captain and current BCCI president Sourav Ganguly. Sachin, who is also known for his sharp humour, replied to Ganguly’s Instagram post which amused his fans all around the globe.

Last week, Ganguly posted a photo of himself on social media, captioning: “A good fitness session in a cold morning is very freshning….” to which Tendulkar replied, “Well done Dadi! Kya Baat hai.”

A good fitness session in a cold morning is very freshning ….

Meanwhile, Dada appreciated this comment from his dependable batsman, replying: “@sachintendulkar… thank you champion… always was a fitness freak…. u remember the great training days?”

And Sachin took no time to reply back with a hilarious banter which read: “Ye Dadi.. We all know how much you enjoyed the training! Especially ‘Skipping’.” 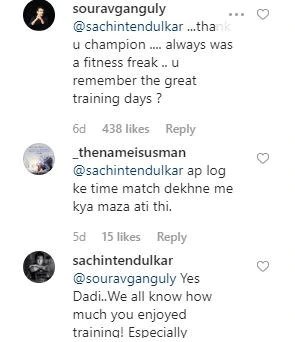 In the late 90s and early 2000s, the phenomenal pair of Sachin and Sourav took the world by storm which is even to this day an adorable memory for the Indian fans. The duo used to open for the Men in Blues and together scored over 20 centuries, the highest by an opening pair in ODI cricket.

Their lethal partnership was a headache for the opponents and it also laid the foundation of a formidable Indian batting line up. Together Tendulkar and Ganguly hold the record for the most hundred-run partnerships by a pair (26) while also scoring 8227 form 176 innings with a fantastic average of 47.55.

In an interview earlier, Sourav was all praise for his partner in crime saying, “These were the moments of my career I always cherish. My batting with Sachin in one-day internationals at the top was a huge learning experience.”

Sachin, on the other hand, also cherished those charming days and said, “We had terrific partnerships. there were tough moments too in the middle when we discussed how and what to do to get out of the tight situations”

Nostalgia much? Yeah we’re doing the same too.

Ravi Shastri: Feud against Sourav Ganguly is only ‘chaat and Bhelpuri with mirch and masala’ for media