India and South Africa converged to compete on the third day of the second Test in Johannesburg. The contest was tantalizingly poised with India edging forward with a 58 run lead with 8 wickets in hand. The visitors eventually ended with 267, giving the Proteas a target of 240 to chase. 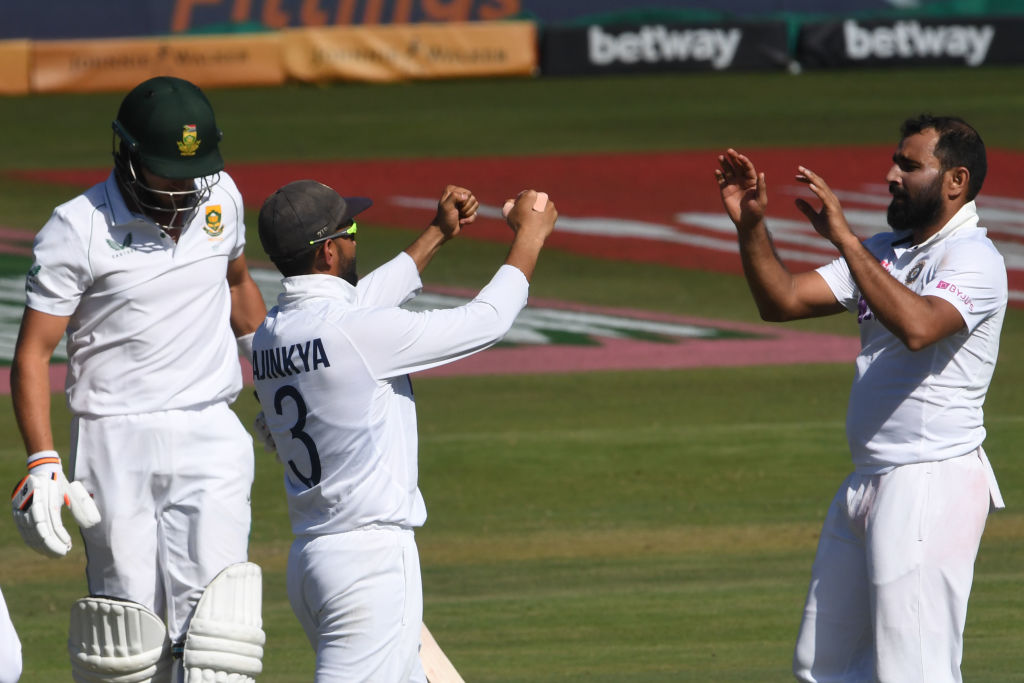 Ajinkya Rahane and Cheteshwar Pujara began the day with the same counter-attacking approach. The experienced duo scored at a rapid rate and eventually brought up their 100-run partnership. In the process, both batters brought up their half-centuries as well.

The South African bowling unit failed to find any rhythm with the duo constantly punishing the poor deliveries. Kagiso Rabada changed the complexion of the game with his twin strikes in quick succession. The speedster dismissed the set batters with the help of a couple of excellent deliveries.

To make matters worse, Pant suffered a brain fade and decided to heave a delivery off Rabada. The wicket-keeper had to make his way back to the pavilion for a duck after the couch was safely pouched behind the stumps. R Ashwin played a few flashy drives but was stranded down the leg-side right before the lunch break for a 14-ball 16.

Shardul Thakur played a vital cameo down the order. The in-form all-rounder struck a few meaty blows during his innings of 28 off 24 deliveries.

Hanuma Vihari, scoring 40 off 84 deliveries, remained unbeaten and hung around with the tail before the Indian innings came to an end at 266. As a result, the Proteas were set a target of 240 runs to win the Test match.

Playing the final overs of the second session, South Africa openers Dean Elgar and Aiden Markram approached the target with terrific intent. They scored at 5 runs per over, courtesy of some loose bowling by India.

Early in the final session of the day, Thakur gave the team a breakthrough by trapping Markram with a delivery that came back sharply in. The 47-run stand for the opening wicket gave the Proteas a solid platform. Dean Elgar and Keegan Petersen shared another good partnership for the second wicket as well. While Petersen departed off Ashwin’s turner, van der Dussen provided company. The Proteas skipper copped several blows to his body, but stood defiant to finish the day unbeaten on 46 off 121 deliveries. They finished the day on 118-2.

WATCH: Jasprit Bumrah and Marco Jansen involved in a heated row on Day 3