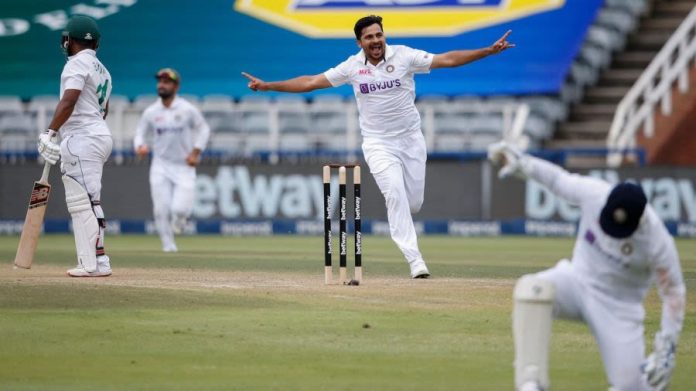 After an engaging Day 1 at the Wanderers involving 11 wickets, India and South Africa stepped out for the second day of the second Test. The visitors were able to bowl South Africa for 229, giving them a trail of 27 runs in their second innings. In reply, India ended the day with a lead of 58 runs. 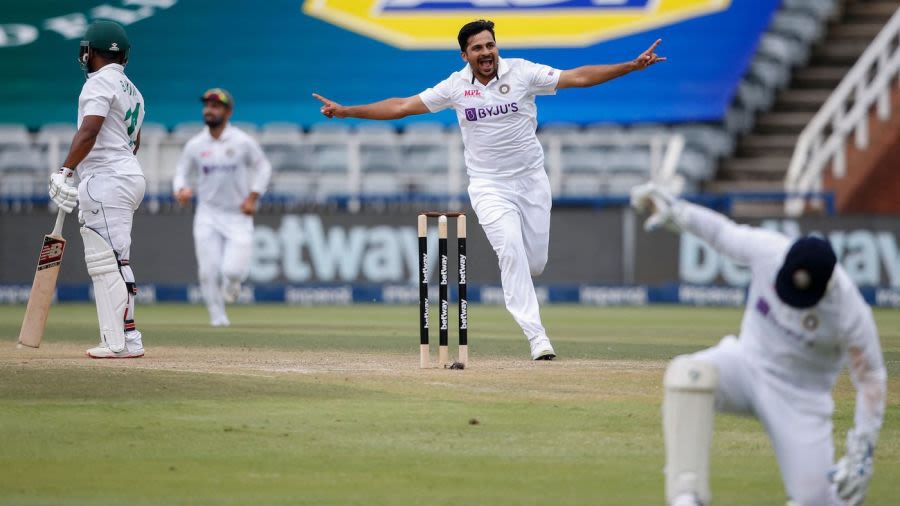 To begin the day, Dean Elgar and Keegan Petersen continue to frustrate the Indian bowlers. The pace unit stuck to their line and lengths but did not have any results to show. Mohammad Siraj could only bowl gingerly following his hamstring injury late on Day 1.

Shardul Thakur stood up to the plate and handed India the much-needed breakthrough in form of the opposition skipper. He single-handedly turned the tide with two more quick wickets right at the end of the session.

Keegan Petersen’s free-flowing innings was ended by a stray shot. Van der Dussen’s struggling 17-ball stint was brought to a halt by a controversial decision.

Temba Bavuma assumed control in the second session and raced away to a fifty. He perished immediately after reaching the landmark by a wayward delivery outside leg stump. The tail order led by Marco Jansen and Keshav Maharaj frustrated India as they inched towards a lead. Both players scored 21 runs apiece to propel the Proteas to 229, giving them a slender, yet vital lead of 27 runs.

Shardul Thakur was the pick of the bowlers with 7 wickets to his name. The all-rounder stepped up in the absence of Siraj, who only bowled 9.5 overs in the innings. He also recorded the best figures by an Indian bowler in South Africa in the process.

India received a hefty blow early on in their second innings. Skipper KL Rahul had to walk back after a tight call with respect to the catch in the slips by Aiden Markram. Mayank Agarwal also departed following an ill-fated call to shoulder arms, trapping him LBW. Under pressure duo of Pujara and Rahane shared a vital counter-attacking stand to deny the Proteas any more wickets to end the day at 85-2.