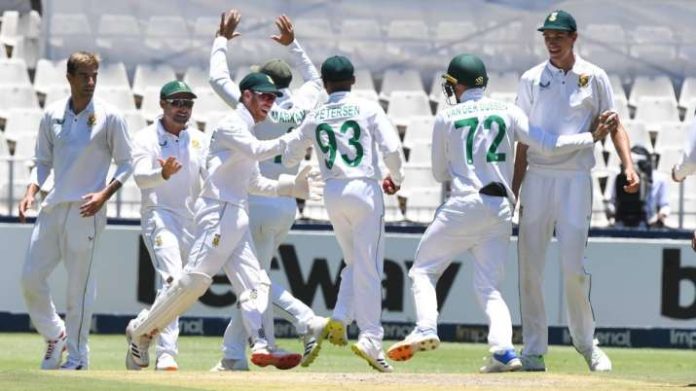 India and South Africa competed in the second Test match of the series in Johannesburg. The Men In Blue went into the contest with a 1-0 lead. After winning the toss and electing to bat, India were bowled out for 202. South Africa finished the day on 35-1, trailing by 167 in the first innings. 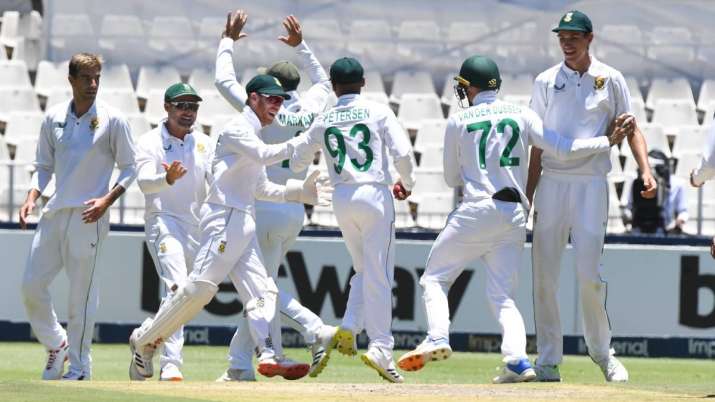 The visitors were hit with an early blow after captain Virat Kohli was ruled out due to upper back spasms. Vice-captain KL Rahul took over the leadership responsibilities. The interim skipper won the toss and elected to bat first at the Wanderers. Hanuma Vihari came in for Virat Kohli and that marked India’s sole change from their winning playing XI.

The opening pair of KL Rahul and Mayank Agarwal once again did a good job of seeing out the opening hour of play. Marco Jansen struck first after he managed to nick one off Agarwal. India endured a mini-collapse in the latter half of the session. Cheteshwar Pujara and Ajinkya Rahane were dismissed off successive deliveries by Duanne Olivier.

Hanuma Vihari and KL Rahul stood tall in the second session. The former, after being dropped initially, could not make most of his second life. He had to walk back to the pavilion following a stunning catch by Rassie van der Dussen. Meanwhile, the skipper showed patience and grit to reach his half-century. His downfall came with a hook shot that found the fielder at deep fine leg.

India were staring at trouble at 157-7 following the quick departures of Rishabh Pant and Shardul Thakur. R Ashwin, however, played a quickfire innings of 46 off 50 deliveries to nudge India towards the 200 run mark. A short cameo by Bumrah, in the end, meant that India ended with 202 in the first innings.

Aiden Markram’s poor series continued as he was trapped by a straight delivery by Mohammad Shami. The bowlers bowled with all their heart, but failed to make a breakthrough. Dean Elgar and Keegan Petersen stood tall and escaped unscathed and will resume Day 2.

Sourav Ganguly reportedly discharged from hospital after treatment for COVID-19