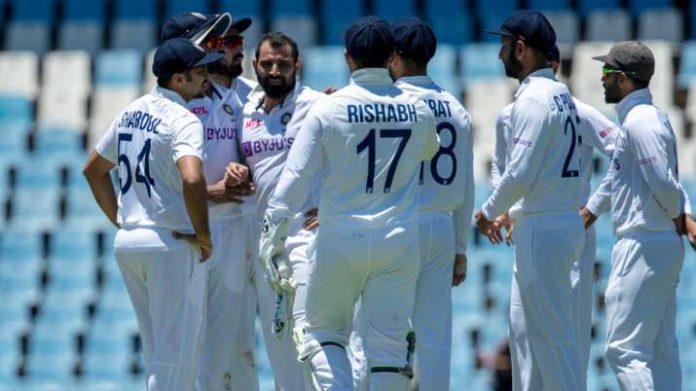 After struggling initially, Team India finished strong to claim a healthy lead at the end of Day 3 of the first Test in Centurion. 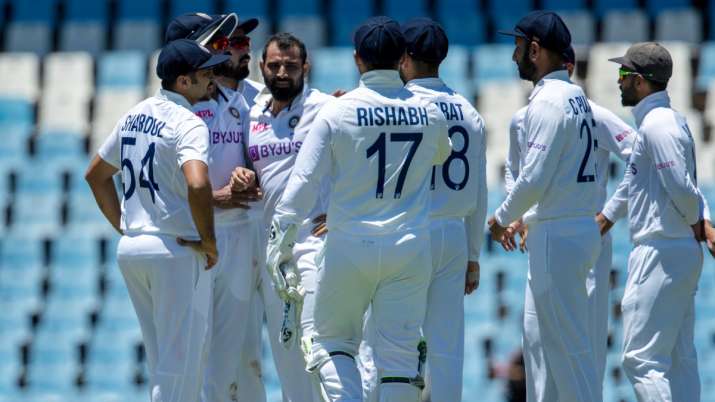 The start of the day was touted to be tough considering that the pitch was under covers due to heavy rain yesterday. The South African bowlers capitalized on the conditions and some questionable shot selection by the Indian batters. The visitors lost their last 7 wickets for 49 runs.

KL Rahul was the first one to perish while attempting to play a pull shot off Kagiso Rabada. This gave the speedster his first wicket after a rough Day 1. Ajinkya Rahane, who came out with a refreshing approach on Boxing Day, fell two short off his fifty.

Wickets continued to tumble as Lungi Ngidi claimed a five-wicket haul. The lower middle-order could not cope up with the lateral movement and invariable bounce on offer. India were eventually bowled out for 327 in the first innings inside the first session itself.

The bowlers came out all guns blazing and Bumrah wasted no time in getting to work. The pacer scalped the vital wicket of skipper Dean Elgar in the first over itself. Mohammad Shami began proceedings in the second session and claimed the wickets of Keegan Petersen and Aiden Markram. Mohammad Siraj entered the fray after managing to get a nick off Rassie van der Dussen, where the catch was easily pouched by Rahane at gully.

Jasprit Bumrah had to leave the field for a while after spraining his ankle. During the phase, Temba Bavuma and Quinton de Kock began the rebuild job for the team. The duo shared a 72-run stand before Shardul Thakur provided the breakthrough. The wicket-keeper batsman dragged one onto his stumps and had to depart after making 34.

Bavuma dug in and trudged his way to a half-century, but was dismissed by Shami soon after. The right-arm pacer ran through the line-up to register a five-wicket haul and his 200th Test wicket as well. The tail order chipped in with valuable cameos to steer South Africa towards the 200-run mark.

The Proteas ended with 197 in their first innings, giving India a lead of 130 runs. Mayank Agarwal got out in the final over of the day and the side finished at 16-1 at Stumps.