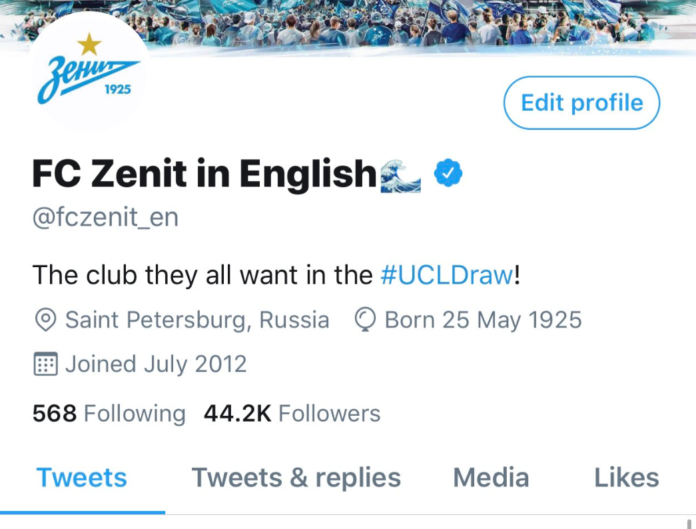 FC Zenit was placed in pot 1 of the UEFA Champions League as they were the Champions of Russian Premier League in the previous season. However, the English version of the official club Twitter handle trolled itself in its Twitter bio for being an easy CL draw. 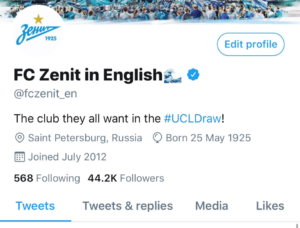 However, in the final draw of UEFA Champions League, FC Zenit got the easiest group of all in this season. They have been placed with the likes of Benfica, Lyon and RB Leipzig. FC Zenit have a great chance to go through to the next round of the Champions League in this season. Benfica, Lyon and RB Leipzig will now think that all have the equal chances of qualifying to the next round of the competition. The matches of this group are going to be really interesting.