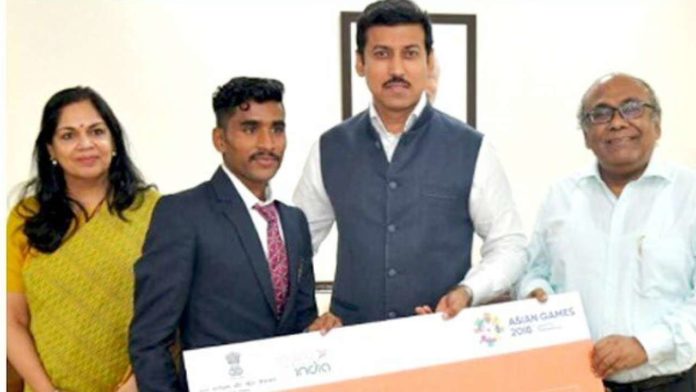 India’s 20 long years of wait to win a medal at the Asian Games in men’s 10000m race almost came to an end when Long distance runner Govindan Lakshmanan finished third but was later disqualified in the 2018 Asian Games in Jakarta on 26th August.

However, a minor mistake from Govindan turned out to be costly for him and India. The Indian runner completed the race in 29 minutes and 44 seconds (29:44.91) and could have been India’s first medal at 1000m since Gulab Chand’s bronze in Bangkok two decades ago. 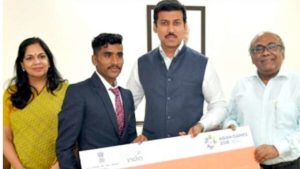 Although, the Indian team lodged a complain, Lakshmanan had lost his appeal to retain the Bronze medal.

The Indian Army runner might have not medalled at the Asian Games, but he received his cash prize which was by the courtesy Union Sports Minister Rajyavardhan Singh Rathore and this will surely boost Govindan’s morale.

In an interview to ANI, Govidan Lakshmanan said, “I was disqualified from the game still I am given prize money. I would like to thank the ministry for such motivation.”

“Govindan Lakshmanan gave a medal-winning performance in Men’s 10,000 m in #AsianGames2018, but a minor technicality led to his disqualification. Regardless, he is our champ & we stand by our champions. A moment of pride for me to have met and felicitated him today. #KheloIndia ”

India eventually finished 8th in the Medals tally with 69 Medals 15 Gold, 24 Silver and 30 Bronze medals. Amongst all the athletes many are expecting Indian athletes to medal at the Olympics.