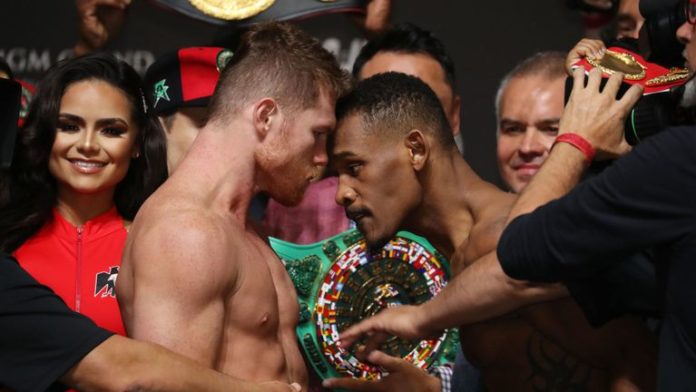 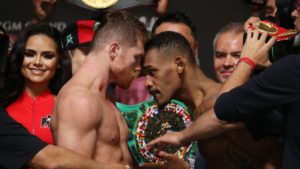 This is the fight boxing fans have wanted to see for a long time and although Canelo is the betting favourite, fans shouldn’t count out Jacobs in this fight. Earlier in the morning, both fighters made weight. Canelo weighed in at 159.5 pounds whereas Jacobs was at a solid 160 pounds.

This fight also has a rehydration clause which means neither fighters can weigh above 170 pounds in the morning of the fight. Although, both fighters can put in weight after the morning weigh-ins.

Damn $250k per pound over, the next day weight in limit?
Faaack. #Boxing #CaneloJacobs pic.twitter.com/DzBJxd9zsE

However, the final morning weigh-ins are supposed to take place at 8 am local time, and if during that time interval, either fighter weighs in even a pound more than they will have to pay a hefty fine of ₹1.8 crore per pound.

Daniel Jacobs is set to make a career-high payday of ₹17.3 Crore, but with his new DAZN contract, it could go as high as ₹70 Crore. On the other hand, Canelo is all set to make ₹243 Crore rupees.