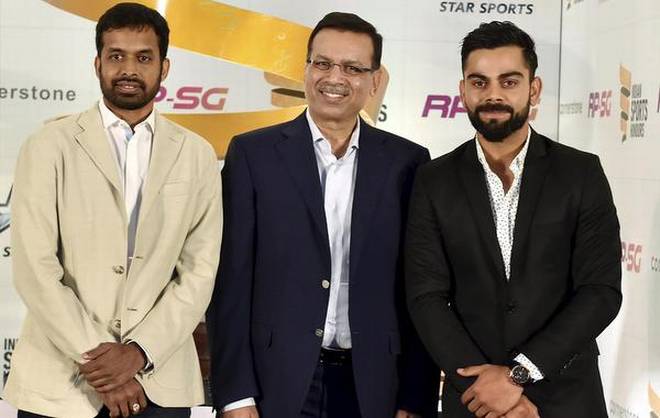 After being postponed due to the Pulwama attack, the second edition of ISH will now take place on 27th September 2019

The second edition of the Indian Sports Honours, an initiative by Sanjiv Goenka, Chairman, RP-SG Group and Virat Kohli, will be held on 27th September 2019 at Dome, NSCI, SVP Stadium, Mumbai. The annual ceremony, which was supposed to be held in February, was postponed as a mark of respect to the Central Reserve Police Force (CRPF) jawans who were martyred in Pulwama in a terrorist attack.

Indian Sports Honours aims to recognize and honour Indian athletes for their exceptional performances, sportsmanship and spirit of sport through a felicitation ceremony. This year, 17 Honours will be given to athletes who have high achievements in their respective sport for the period of January – December 2018.

The winners of 11 categories (Jury Honours) were decided by ISH Jury members, which comprised of eminent leaders and sporting champions including the likes of Mr Sanjiv Goenka, Pullela Gopichand, Abhinav Bindra, Sardar Singh, Mahesh Bhupathi, PT Usha and Anjali Bhagwat. Apart from the Jury Honours, there are six ‘Popular Choice Honours’ and winners were decided through an online voting process on Twitter. The nominations in all the categories were shortlisted by 200 journalists from Sports Journalists Federation of India (SJFI).

The ceremony will be a black-tie red-carpet event, with members of India’s sporting fraternity, celebrities and guests in attendance.

Mr. Sanjiv Goenka, Chairman, RP-Sanjiv Goenka Group, said, “We are thrilled to host the second edition of the Indian Sports Honours. Indian athletes showcase hard work and perseverance consistently to put India on the world map for their sport. It is very important for us to recognize and celebrate these athletes in order to motivate them to continue their excellent performances.”

Mr. Bunty Sajdeh, CEO, Cornerstone Sport said, “In February Virat, Mr. Goenka and myself took a unanimous decision as a mark of respect to indefinitely postpone the Indian Sports Honours due to the horrific and tragic Pulwama attack that had just occurred. 7 months later we are proud to bring together again the second edition of the ISH to duly recognize our country’s top athletes on a global scale.”

Virat Kohli said, “Indian Sports Honours is a platform for multi-disciplinary sportspersons where sporting talent and achievements are recognized, promoted and celebrated in an unprecedented manner. I always believe that sports is an integral part of every individual’s life starting from school and eventually translating to supporting their favourite athletes on TV and during sporting events. I am confident that these awards are a stepping stone which will further encourage talent to excel in their own category of sports.”