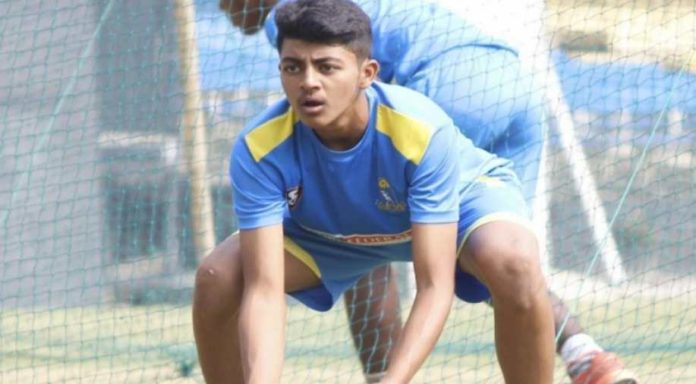 Prayas Roy Burman, 16, had no idea that December 18, 2018, would turn out as it ultimately did. Listed in the IPL players’ auction in Jaipur on Tuesday at Base price of 20 lakh, the 16-year-old uncapped bowling all-rounder was picked by Royal Challengers Bangalore (RCB) for Rs 1.5 crore.

To say that that it was a dream-come-true for a boy who had  blown 16 candles only on October 25, would be an understatement. “I was following the auction on television. To be honest I never expected to be picked as so many big names went unsold,” he said.

He may be a leg-spinner, but Prayas idolises Virat Kohli. “I used to even forget having my food while watching Virat bat,” he said. “It will thus be a dream-come-true for me to be able to share the dressing room with him,” he added.

He is fully aware, though, that the real challenge begins now. “Many players have lost their way after being rope d in for huge amounts of money in the players’ auctions. My focus will be to try and live up to the standard of IPL cricket I don’t want to get lost,” he stated.

Born on October 23, 2002, Barman made his List A debut for Bengal in September this year in Vijay Hazare Trophy. He bowls leg-beak and is a very handy batsman. Barman was the leading wicket-taker for his side in the Vijay Hazare with 11 dismissals and nine catches.

The boy from Durgapur had earlier played a big role in the Bengal U-23 side finishing runners-up (to Punjab) last season and also represented Indian Yellow in the U-19 Challenger meet last month.