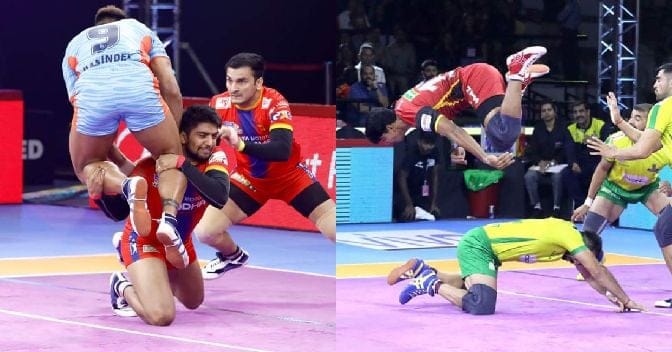 The fans at the Sree Kanteerava Stadium in Bengaluru weren’t disappointed as the star Bulls raider went on to score 17 raid points to help the Bulls win big on the second day of the Bengaluru leg of Pro Kabaddi League season 7. The star raider along Amit Sheron performed well in order to win the game against the Tamil Thalaivas. In the other game today , Bengal Warriors fell short to a spirited performance by the UP Yoddha as Yoddha raider Srikant Jadhav and defender Nitesh Kumar stole the show to help Yoddha win the game. 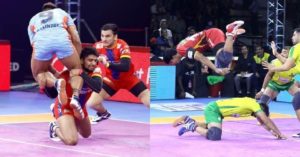 A spirited performance and a stellar performance by the captain and star defender Nitesh Kumar helped the UP Yoddha defeat the Bengal Warriors, Warriors who looked calm couldn’t reduce deficit and couldn’t take the lead. It was a bad-day at the office for Maninder Singh and Prapanjan but Iranian Nabibaksh tried compensating for it.

It was yet another Pawan Sherawat special who was complemented well with the left defender Amit Sheron who went on to complete five tackle points. Tamil Thalaivas were highly dependent on Manjeet Chillar and Rahul Chaudhari but they were not complemented well by the other star players.