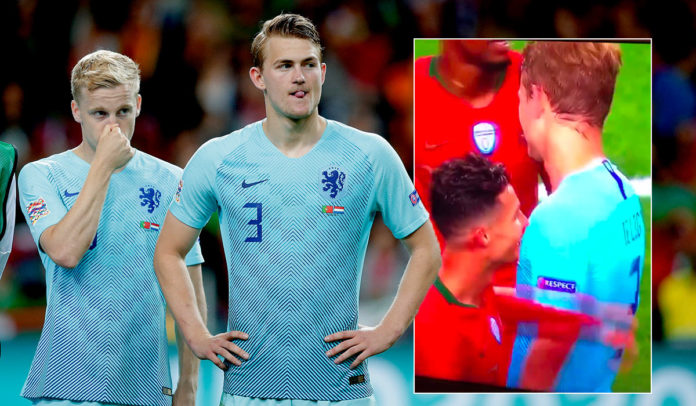 Cristiano Ronaldo added to his dazzling collection of silverwares, the UEFA Nations League trophy on Sunday where he captained Portugal 1-0 victory over Netherlands in the final. Thats not the only important piece of work the superstar footballer put in that night. He gave Dutch defender and hot prospect De Ligt an advice to join Juventus. 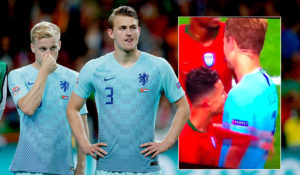 De Ligt is the hottest footballing property in Europe and there isn’t one club who can afford him that haven’t tried to secure his services. While Juventus clearly aren’t favourites with Barcelona and Man United are going all out in the financial battle to sign the promising Dutch defender.

Mattjhis De Ligt told reporters after the game : “Cristiano Ronaldo asked me to join Juventus. I was slightly shocked by the question, this is why I was laughing. I hadn’t understood what he said originally. I was still thinking about the loss”

De Ligt’s final decision should be unraveled in a few days time. His teammate Frenkie De Jong has been signed by Barcelona for 75M and De Ligt’s transfer is definitely set to make a global impact.